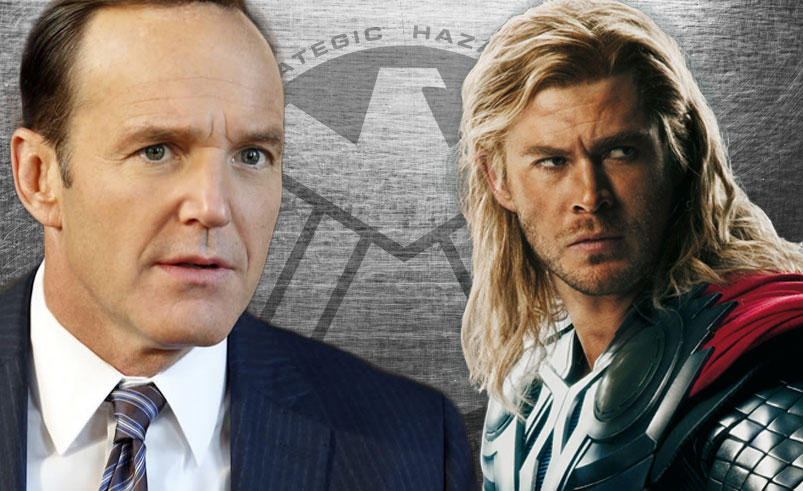 We loved Thor’s Shakespearian tale, and — like you, we suspect — anxiously await this Friday’s sequel, Thor: The Dark World. But we’re doubly excited to hear that the new movie will splash causally across Marvel’s Agents of SHIELD. as well, starting with November 19th’s episode, The Well. It doesn’t look like any of the movie franchise’s high-budget actors will make the crossover, but the TV series’ characters will find themselves left to “pick up the pieces” after the movie ends.

Response across geekdom feels pretty tempered, much like response to the show in general. The Mary Sue’s Rebecca Pahle sums it up nicely:

“Personally, I haven’t been watching Agents of SHIELD. I was going to, but then I was busy when the pilot aired and all the scuttlebutt I’ve heard has amounted to “meh.” I’ll watch it if I hear it gets good, but then there are just too many movies and shows on my list. But this news is certainly intriguing, though I’m guessing I’ll be more intrigued after I actually get to see Thor: The Dark World.”

I wonder how many others have followed her lead and waited for the show to stabilize before investing time in it? It seems to me that unlike most shows, Agents of SHIELD’s connection to the movies and the Marvel universe assures us that the story and characters will continue regardless of the show’s future. In short: you can’t cancel a Marvel storyline. Does that make you more or less willing to give Agents of SHIELD a chance?

Note: If you’re already watching and are looking for discussion partners, a few hardcore viewers have been tearing into each episode in our forum and you’re welcome to join them.