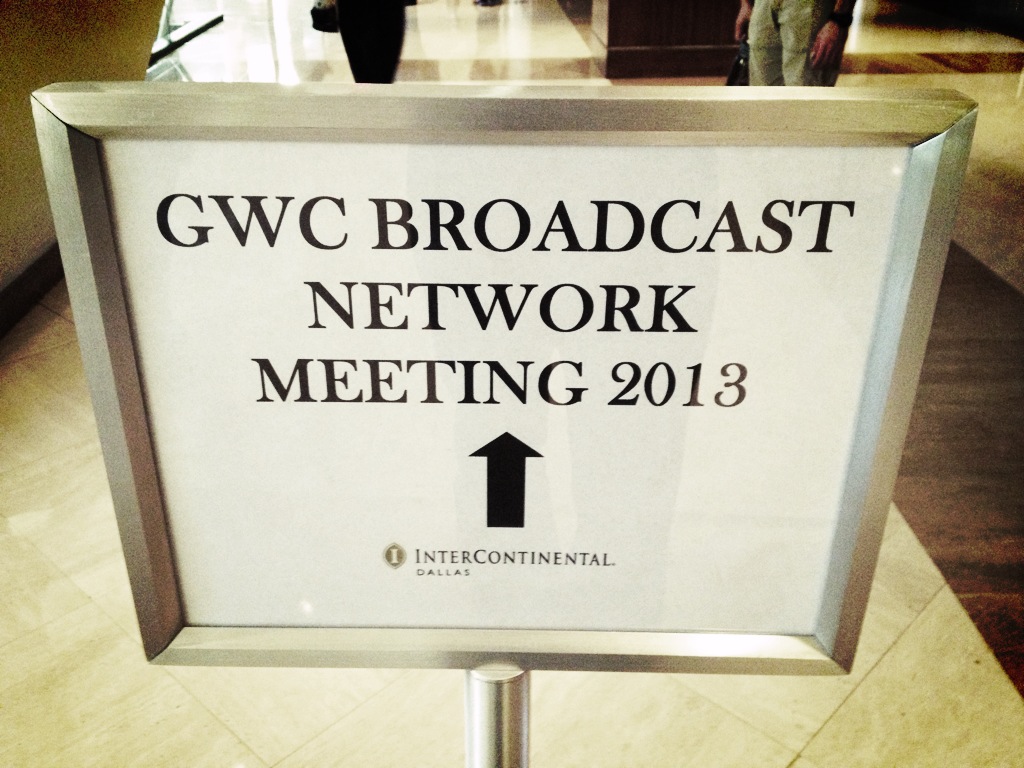 What is a Meetup, Really?

Ever since childhood that song has always resonated with me but I could never quite put my finger on why. I realize now I didn’t have anything in my life outside my family that actually matched that sentiment. I do now.

For four years I have sat in my home glued to my iPhone and computer during the meetup weekend. My family would tolerate me as I would eagerly wait for any tweet, any picture, any scrap of information that would give me a sense of what was happening in Texas and in some small part feel included. I would sit counting the hours until the live podcast and once it arrived would tweet like a madman hoping to get someone’s attention and contribute to the experience.

I hatched a plan this year to go and specifically go without anyone knowing…especially Chuck, Sean and Audra. With the help of Keir and Abby we made arrangements and I registered under a false name so Juan would have an accurate count of total attendees. With my wife’s blessing I flew down on Friday and donned a clever disguise of a baseball cap and sunglasses to sneak into the hotel and to my room all the while concerned that a roving Raemani would spot me at the airport or in transit.

Once settled, showered and dressed my initial plan was simple: Shelter in place until 5pm, go downstairs and surprise my fellow GWCers while laying in wait for the Crüe. Not shockingly this plan lasted all of about five minutes. I knew that a group of my brethren were upstairs hanging out and the desire to actually share a space with them in non-digital corporeal form was just too overwhelming to resist. I headed upstairs to officially begin my meetup experience.

As I walked down the 15th floor hall the sounds of revelry became louder and louder. I stood outside the door, breathed deep and knocked. “COME IN!” was shouted by the collective group inside and a moment later EvolutionGirl opened the door. I wish I could properly describe her reaction as it was truly priceless. Later she would recount, “When I opened the door my first thought was ‘oh, this well dressed man is going to tell us to keep it down. Then I had a spark of recognition which led to realizing who you were. Then my mind wrestled with the fact it was you and you were here. Then I accepted you were here. Then I hugged you.'”

I received the same reaction from everyone in the room as I went from person to person. This would repeat over the course of the day in various forms, most notably by literally getting tackled by Bkitty and Klucas’ recognizing me across the lobby and watching her jaw drop to the floor. The best was yet to come however in the plan to shock and awe the Crüe.

Our group of 30 GWCers stood outside the restaurant waiting to be seated. Hivemind went into full swing and suddenly I was clothed in Jbob’s shirt and Wing’s sunglasses and hat. Everyone understood it was very important not to tweet, text, share pictures or in anyway let the word out that I was there to avoid the Crüe finding out prematurely. To help bolster the surprise I had initiated a campaign of misinformation during the day tweeting pictures of NYC directly to Chuck and letting Audra and Sean know how disappointed that once again I could not attend. We all sat down in the back room and kicked off dinner. As we ate all of the sudden a hush fell across the room, Chuck had walked in. Everyone knew what was about to happen and sat in frenzied anticipation. Jbob and Wing sprung up to serve as a human shield so Chuck wouldn’t see me prematurely. Finally after an agonizing number of minutes Chuck arrived at our table. I stood up, took off my hat and sunglasses and simply said, “Surprise.” Everyone started laughing and applauding as Chuck and I hugged and for a moment the world was a perfect place. To Chuck’s credit he was as cool as a cucumber. We chatted briefly and I sat back down to finish my meal. Chuck took station on the opposite side of the table and I noticed although he hadn’t betrayed any emotion he couldn’t stop staring at me. For ten minutes he just stood there as his mind adjusted to the fact I was actually present. This process repeated for Sean and Audra. Audra exclaimed, “Oh my God!” and Sean simply shook his head and smilingly said, “You dirty bastard.”

Without going through a play by play of the following events I would simply like to share my impressions and what I have learned. This is the first time in my life that when meeting a group of people no one asked what I did for a living. Not one. That is significant to me and helps set the tone for what the meetup really accomplished. It is a place where you are not judged by what you do, but by who you are. A place where you can celebrate that which normally you keep hidden. A group of strangers arrive and speak the same language laced with references to things others would miss and then immediately start embroidering it with new meetup centric words. Wear what you want, it doesn’t matter. Put on a purple pimp suit with leopard print shoes with impunity and receive a standing ovation. Talk for two hours in a room of thirty about the nuances of replicator technology. Go out with people you have just met and stay up until four in the morning talking freely about anything and everything. Try and stuff as many people into the tiniest car on the planet because you can.

In the end it isn’t simply people gathering because they are fans of something, it is a group who comes together to create for a short time what they want the world to be. Free, unjudged, true to yourself and accepted by your peers unconditionally. That is why the meetup is intoxicating and why there is a very real depression that follows as you leave this rareified air and return back to the ‘real world’. As you sit at work and return to your life everything is now defined by how it isn’t the meetup.

I sit here at work the Monday after the meetup writing this during my lunch break. I am watching the chatter of those that are still there and it brings me a small comfort. As that group gets smaller and people start to travel back to their homes I now understand in a very real way what the meetup is and why it is so special. It transcends itself in a way that cannot be planned or forced. It is a pure reflection of what the GWC community is and why it is important. It isn't just a catchphrase that we are the friendliest people in sci-fi and fantasy, we have empirical proof. The meetup serves as a personal reminder of why we keep coming back and invest ourselves in this community. We are greater than the sum of our parts and better by virtue of knowing each other.

Thank you to the Crüe and everyone for making the weekend so amazing. There wasn’t enough time, and I doubt there ever can be.

“There's not a word yet for old friends who've just met. Part heaven, part space, or have I found my place? You can just visit, but I plan to stay. I'm going to go back there someday”