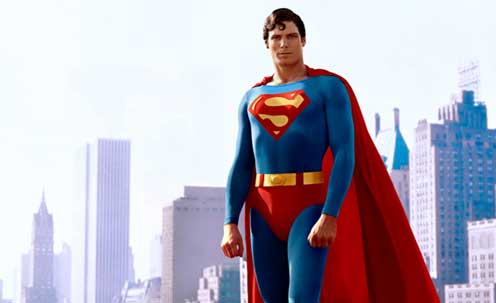 We give a long-overdue visit to 1978’s Superman: The Movie, appreciate the film’s cinematic quality and inspiring John Williams soundtrack; discuss the permeating Christian allegory of the story; and cheer for Margot Kidder’s funny and feminine-but-not-treacly Lois Lane. Plus, we run down the Week in Geek, squee over the mysterious and dangerous-looking Benedict Cumberbatch in the latest Trek trailer, wonder whether Johnny Depp’s Tonto in the upcoming Lone Ranger movie constitutes 15/16 of a blackface performance, and take a very early look at The Prototype, a movie in production that will feature robots, military super-soldiers, and an alien takeover of Earth (I’m in!). Other hot guys discussed in this ‘cast: Karl Urban, Christopher Reeve, and Henry Cavill. Come join the fun!