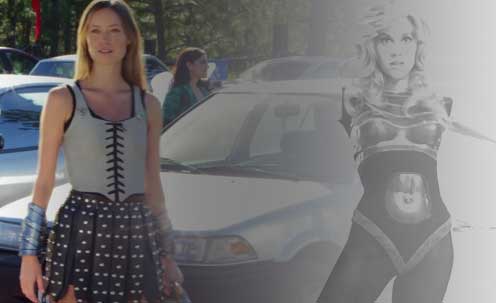 We briefly revisit Star Trek: Generations, finally appreciating its place in the Trek canon and wondering why we had overlooked the significance of Picard’s family — and loss of family — for so long. We take calls that touch on the power of pink, the time-travel potential of the airplane laser, and the less-than-sexy reality of naval sonar operations. And we run down the Week in Geek, dig on the upcoming Summer Glau comedy-horror Knights of Badassdom; wonder if Lincoln’s Twitter-themed Super Bowl ad (complete with Alpacas!) means we’re now officially old enough to be in their target market; discuss Wonder Woman’s declining role from Amazon warrior to Superman’s “current lover”; and are impressed that the new Barbarella TV series will be written by… wait for it…the guys who wrote Casino Royale and Skyfall. With this kind of pairing, who knows what could happen? Come join the fun!