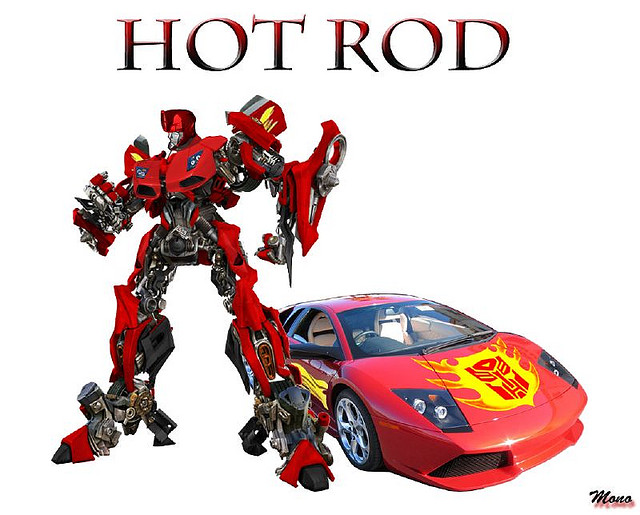 An Open Letter to Michael Bay and Mark Wahlberg:

Dear sirs, I want to make you aware of the tremendous opportunity that lays dormant right in front of you. As you break the script for the upcoming Transformers movie I hope you will give a moment of consideration to including the greatest Transformer ever (except Grimlock), Hot Rod.

As I am sure you are aware from your years of research into the subject matter Hot Rod is the perfect addition to the new and darker turn you are hoping to take this movie. He is brash, arrogant and sure to appeal to your target demographic. Sure, he is not as funny as chiwawas humping or as polarizing as having Mudflaps and Skids speak in poor Ebonics, but who are we to judge.

You may recall from the classic Transformers: The Movie (1986) Hot Rod is featured as the successor to Optimus Prime and receives the Matrix of Leadership giving him the new name Rodimus. Rodimus is considered a fan favorite to the community and if you do agree to include him we hope you are kinder than you were to Arcee.

If you could also get Judd Nelson to reprise the voice of Rodimus that would be an appreciated tip of the hat. Plus, let's be honest, he needs the work.

Thank you in advance.
#Rodimusnow