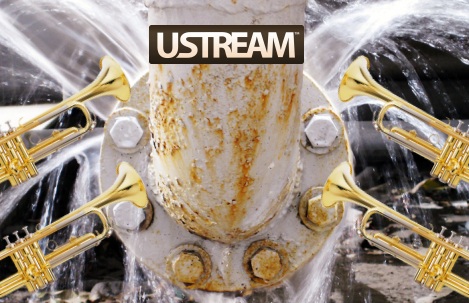 This week we Eff on a temporary YouTube channel since UStream took a big UDump. And in “guess-which-is-true” trivia, we dig into the weirdest parts of Audra’s childhood, including her crush on pre-scary Kirk Cameron, the first rap she ever learned and performed at age eight — with the lyrics “lookin’ at the girl on the block/ with the nasty curlz/wearin’ padded bra/suckin’ beer through a straw/lookin’ down they draws,” which one of many small objects Audra did not swallow as a child, plus a brief, obligatory urine story. Also, we learn that trumpets and clarinets (or, as  Chuck calls them, “marching sticks,”) run deep in the roots of the GWC community. Come join in — we’re gettin’ the band back together!