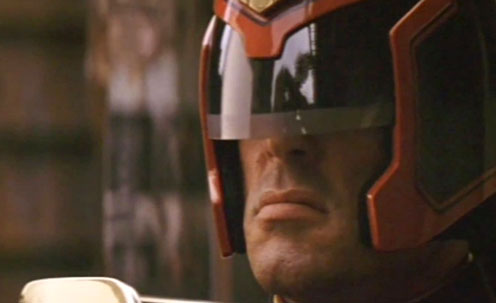 In our final “B” movie installment, 1995’s bum-shell Judge Dredd, we enjoy talking cheesy design elements, the dearth of non-ridiculous flying motorcycles, British views on American violence and vigilantism, and the perils of using current technology (especially in the 90’s)  to approximate futuristic computer graphics. And we run down the Week in Geek, checking out the impressive and silly clip-video parody of the Star Trek: TNG cast performing “Call Me Maybe” and a new fan-based web video series, Star Trek: The Secret Voyage; paying respects to the late special effects virtuoso Carlo Rambaldi — who created E.T. and brought to life King Kong (1977), Alien, and creatures from Dune and Close Encounters — and discussing whether we’re yet burned out on superhero movies (it was a hung jury) and what kind of original stories we hope to see in upcoming sci-fi and fantasy media. Come join us and get your geek on!