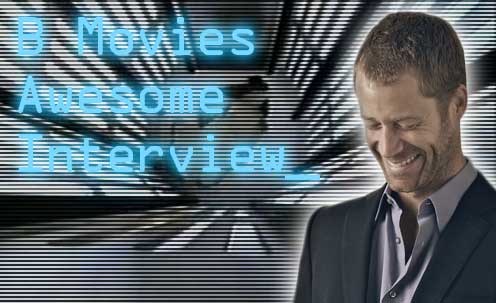 We kick off our “B” Movie arc with the hilariously cheesy, sometimes campy, and all-around fun 1985 sci-fi action flick Trancers. We revel in laughter over the movie’s halfhearted future-car, zombie cross-dressing stunt doubles, the gunning-down of a possessed mall Santa, the young Helen Hunt’s portrayal of a woman unfazed when her boyfriend’s body is taken over by a grizzled, time-traveling law enforcer twice her age, and the heart-stopping Honda scooter chase that comprises the film’s climax. We showcase excerpts from our in-depth Save Eureka interview with one of our favorite sci-fi actors — returning GWC guest and fan favorite Colin Ferguson! And we run down the Week in Geek, get a special Video Game News from Sean, who just completed the complex, rewarding RPG Dragon’s Dogma; geek out Olympics-style on the elaborate opening ceremonies in London; wonder how cyclists hit the whiz palace during a six-hour race; and get excited about the long-awaited return of Warehouse 13 and Alphas. Beware of beverages while consuming this ‘cast; spittakes imminent.