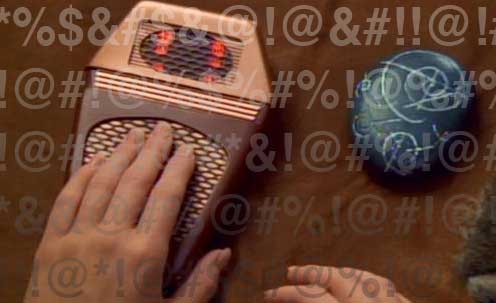 Juan, Chuck, and Audra debut a few interactive games with the chat room, including the Tell ‘Em Steve-Dave-inspired “One True Thing” (and DP reminds us we’re doing it wrong), Audra’s guess-the-fake-novel from a slew of racy, best-selling vampire titles, and the wildly successful and intimately revealing Frak, Fight, or Bodyswap (Star Trek edition). Game sets included Juan’s showdown with Kes, Keiko O’Brien, and Wesley Crusher; Chuck’s odd trio of the Crystalline Entity, a Species 8472, and a Tribble, and Audra’s Catch-22 with Harry Mudd, Tuvix, and the lovable Porthos. Plus: we learn about Solai’s codpiece, and Juan does the world’s first and best impression of a foul-mouthed newborn with a digital peyote device.