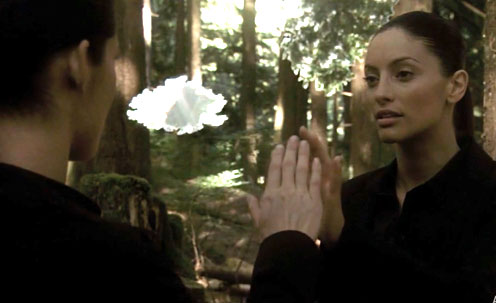 We attempt to analyze Henry’s complex motives for turning himself in; note that for a fundamentally decent guy, Henry tends toward single-minded, emotional reactions; and compare his puzzling behavior to Socrates’ insistence on accepting the death sentence handed him by a democratic jury in Athens. Juan offers some important observations based on his re-watch of “Force Quit” and gives his own theory about who’s really pulling the espionage strings in Eureka. And we enjoy the sheer goofiness of Fargo’s aerobatic prowess (in light of his motion sickness during Astraeus training) and the surreal Jo-on-Jo Gorn-fight in the woods.