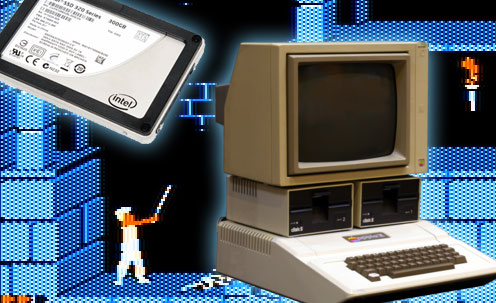 We note continued SSD price drops, including Intel’s new sub-$90 60GB model. We share some Apple II experiences in honor of the “computer for the masses'” 30th anniversary. We discuss the pseudo-open-source release of the original Apple II Prince of Persia game source code along with documentation — plus the widespread adoption of older game tech to get new game ideas to market. We review the recently-released Windows 8 product lineup. And we take a look at what might just be the best iPad keyboard/case on the market.