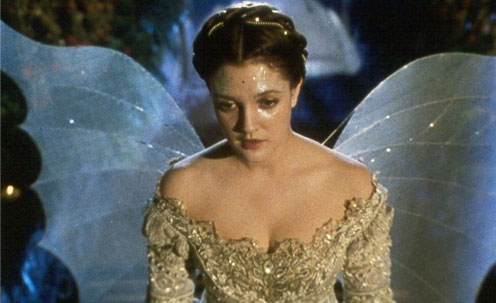 We continue our delve into fairy tales with a discussion of the origins and history of the Cinderella story and a critical viewing of Ever After. We talk mousewashing and how it’s changed stories over the years, track Cinderella all the way back to 1 B.C., question the one-true-match theory, and get a big kick out of Cinderella as a tomboy, a killer father-daughter relationship, and the role of Utopia as a bond between them. We also run down the week in geek, including some Fassbenderesque boobs-against-the-window NYC exhibitionism, Sean’s take on the new Underworld flick, a possible Spidey intro in the why-can’t-I-see-this-today-Crom-why Avengers movie, thoughts on just how much early Dark Knight press is enough, Patrick Stewart’s expressed desire for a film career, a serious Trek fan’s divorce-fueled loss of his prize possession, creator’s approval for the new Dredd re(boot/make), and joy for new Spartacus and new (Hooper-tastic) Archer.