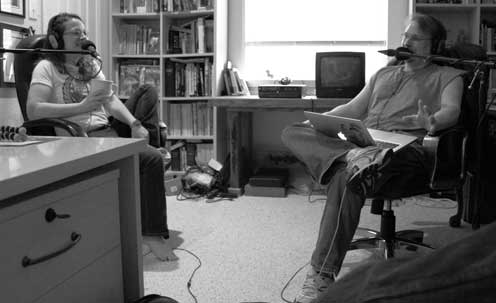 This week’s special 300th episode of Galactic Watercooler was recorded live in front of a (remote) studio audience. We take a number of live callers. We bring you a special version of Fantasy Sci-Fi League in which our audience-selected team of heroes saves the holiday. We bring back the Reverend Dr. Wichelns (one of GWC’s most popular interviewees who originally joined us back in episodes #22 and #23 to explain some of the religious history in Battlestar Galactica and the philosophical mind-knots in The Matrix) for a talk. And we run down the week in geek, of course. Thank you to everyone who’s contributed their love, resources, and spirit to GWC over the years. Here’s to hundreds more. Note: This is a FOUR HOUR+ episode of GWC. We don’t normally run that long!