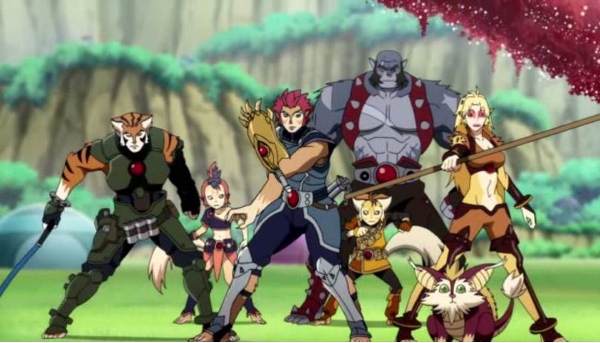 When it comes to anime, I am more of a mech-style anime viewer. My favorite series is Robotech, followed closely by Starblazers, Voltron, and Transformers. Truth be told,  I was not really a fan of the original Thundercats cartoon that aired in the 1980s -- but the newly animated 2011 version of the Thundercats is simply some of the best cartoon storytelling I have ever been privileged to experience. The first nine episodes that aired earlier this year were riveting and wonderfully crafted, and they kept me acutely interested. This series has shown that in 2011 cartoons can indeed be for the entire family.  The best part is, after a short hiatus, Thundercats resumes its Friday evening Cartoon Network run on November 4th. I highly suggest you "toon" in and catch this amazing series.

The 2011 Thundercats is the real deal. The orchestral score is a pleasure to listen to and captures the essence of any scene, successfully integrating the original Thundercats theme with a sophisticated new toolbox of music that would sound at home in a feature film. The dialogue is wrought with depth as well as geeky and scholarly homages -- yet it's both light and funny enough to capture the attention of children and adults alike. Each episode is told with the gravitas that the heartfelt stories deserve. The wonderfully multidimensional characters are explored in depths the original never reached.  Plenty of primetime network shows that should be envious of what the Thundercats 2011 team has been able to accomplish.

If you have the means and you haven't had the chance to see the hour-long 2011 Thundercats pilot, I can't recommend to you enough to check it out. If not, set your DVR or check out Thundercats live on Friday night. You will not be disappointed.

5 Responses to "A Thunderous Return"