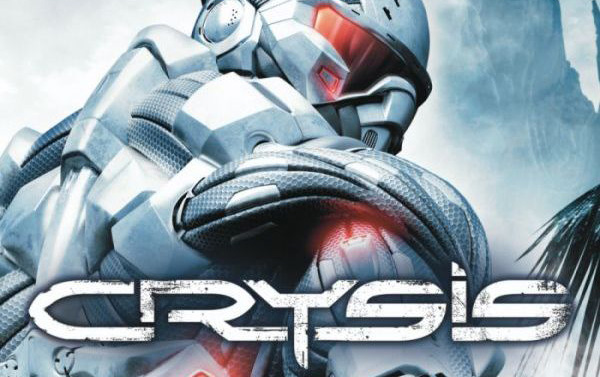 Crysis: What I Was Missing

I was feeling a bit under the weather, and for once it was raining all weekend so I was stuck inside. When this occurs, a rather grumpy monster forms inside my brain that craves new media. Be it movie, anime, or game, I must consume something. I happened to have some Microsoft points gifted to me (as I tend to hoard all gift cards and points for explosive spending binges like this) so this seemed like a good time to spend them. After seeing an ad for Crysis on the Xbox 360's feature link for instant download, I decided to take the plunge and see if it could amuse me for a while. There are no words for what I've been missing since 2007.

Most of you have prolly seen this hotness already. If so, please just shake your head at my slowness and move on. For the rest of you -- check it, you're gonna want to see this if you dig first-person shooter games with a story -- you know, at all. Crysis takes place in a near future/nowish timeline where an ancient alien ship has been discovered buried inside a mountain on an island somewhere in southeast Asia. You are a Marine called Nomad that, along with your spec-ops team, go in to check out what's up on the island. Along with sweet weapons, you are fitted with a powered nano suit that among other things heals you, cloaks, has a shield function, allows you to jump 15 feet in the air and sprint at around 40 mph, and is equipped with night vision. In short, it's the hotness. The weapons in Crysis are a mix of real worldish weapons and the hyper-cool future tech of FPS nirvana. Each -- and there are many -- can be modded out from several nodes that are easy to switch in combat depending on your style of play and need at the moment. Whenever you pick up a new tech like an assault scope or silencer, you get both to keep it and affix or remove it as you see fit. For me, dual wielding a pair of laser-dot pistols was the go-to weapon of choice. I loved them and conserved the hard stuff for when I really needed it, which was often. When you take into consideration that this is a 4-year-old game originally meant to be a PC game and then ported to a console, the graphics are stellar. All the environments are crisp and interesting as well as diverse in nature. There are jungles and very sweet icy winter landscapes that make the game move so you don't feel like you're just treading water in the same map over and over. Then there are places completely alien in nature. It was here that I really started to understand the level of sweetness I had been missing. Coupled with the storyline, characters, and pacing, the entire experience really feels more like a good action movie you happen to be participating in. It stands in stark contrast to other FPS games that often replace plot and storytelling with a disjointed series of events which happen to have the same rendering engine. There's this one other thing that's hardly worth mentioning, really -- there's a tank. Not an armored vehicle with big wheels. Not a nerfed out APC thing that looks like a tank -- an honest-to-Crom tank. A tank that during the entire level mows down all before you. A tank that, if operated with a heavy trigger finger, will turn every enemy vehicle and standing building into a fireball. It is a thing of pure beauty. Also, it doesn't fire a shell; that, my friends, is a Gauss cannon hanging from the turret. A no-trajectory, no-lag-time, no-reload-time Gauss cannon. Life is good.

I know I'm late to the party. My coworkers, brother, and friends all seem to have gotten the word when it was going around the first time. I suck. All I can say is the next time something this sweet hits and no one ties me to a chair and shoves a controller in my hand, I will consider it a personal insult.

Adding to my gleeful find this weekend was the news that Crysis 2 was released in March of of this year. After a 16-hour marathon of destruction I was watching the end game credits for the first game, turned in my chair, hit Best Buy online and popped some gift card cash to have Crysis 2 delivered on the bounce. Yeah, it was that good.

7 Responses to "Crysis: What I Was Missing"