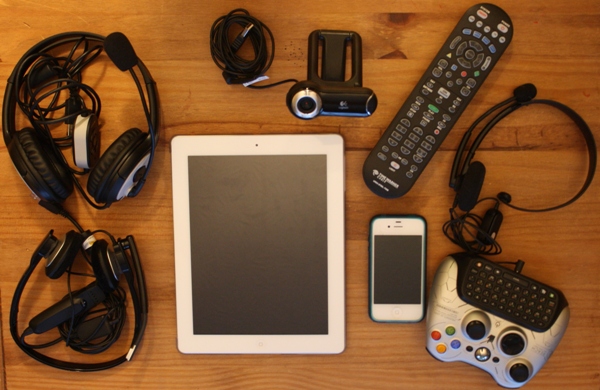 Are the Rising Costs of Geek Communications Worth It?

I’m a tech geek. I love my gadgets. But tech comes at a cost, and a recent Modern Geek Podcast on how geeks communicate got me thinking: how much does all this newfangled technology really cost us? For a household of six, my family's monthly entertainment/communications costs are outrageous (cue the “Get off my lawn!” sound byte). I know -- I’m getting older and I'm complaining about things like the cost of a gallon of gas or a carton of milk. But I wanted to find out if there was any truth to my increasing sense of expense fatigue, so I did a little research. In the end, I found I was right: all this new technology does indeed cost us more per month than it used to. However, the real question isn’t how much we're paying for our devices -- it's whether the increased cost is worth it.

I grew up in the relatively modern world of tech. Instead of pinball at the arcade, I played Spy Hunter. I played Pac-Man and Space Invaders on my Atari 2600. My parents bought me a Commodore 64 computer, and I learned how to program in Basic. I had a pager in college. Shortly after getting my first job I had a Motorola flip phone. I owned one of the first Pentium-60 computers. And since 1998 I’ve enjoyed both cable TV and internet access at home (dial-up AOL at the time). But the cost back then was relatively low: in the U.S., the average monthly mobile phone bill in 2000 was $45. The cost of AOL dial-up was $22 per month for unlimited access, and the national average cable bill was $37 per month.

Today in 2011 those costs have increased pretty significantly. The minimum monthly cost for a smart phone with a decent data package is now about $90/month. If you have DSL or broadband, the base price is likely around $40/month, and it's no longer unlimited. The average national cable/satellite bill is now $75. This does not include the additional costs of services like Netflix, Qwikster, Hulu Plus, Xbox Live, or a data-type mobile hotspot or tablet costs. Also removed from the equation are the costs of the games you might be playing. And I have not yet researched the change in cost of the tech hardware over the last decade, nor the rising cost of electricity that powers our digital addictions.

So sticking to basic communications services, the average bill in 2000 for a mobile phone, dial-up, and cable was only $104. Adjusting for inflation, that price today would be about $130. In 2011 the price of those same services is $205. That is an adjusted increase of 72% in 11 years -- for just those basic services. If you have any of the other services, the number just goes up. Also note that this is not taking into consideration any “bundling” that may or may not be available to individual consumers that might lower the overall bill.

But before we go any further I’d like to point out one thing. That $205 buys you a LOT more than that same $104 did in 2000. First of all -- increased speed. Second, there is vastly more content available through the web today. Thirdly you are getting the entire internet on your phone wherever you are. There may be additional benefits in 2011 that were not available in 2000, but those three are substantial on their own.

Based on those benefits, my conclusion is that the additional costs are indeed worth the price. I can Hangout on Google+ with my geographically separated friends. I can Skype or Facetime in with my parents. I can get on Xbox Live and play cooperatively through amazingly developed action or adventure games. I can read my e-mail or text my kids wherever they are. I can work poolside, watch a movie in my doctor’s waiting room, or write a blog post from the hockey rink. I can tweet a joke from the bathroom of an airplane. The possibilities are endless. But most importantly, the possibilities are worth my money.

What do you think? Are your communication capabilities worth the higher prices to you? Drop us a comment below!

7 Responses to "Are the Rising Costs of Geek Communications Worth It?"