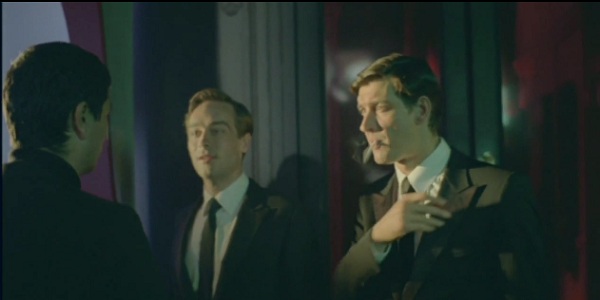 It’s been over a year since we’ve seen any significant developments regarding Slingers, the Firefly-meets-Ocean’s Eleven television show from UK writer Mike Sizemore. The last anyone heard, Slingers was in a developmental holding pattern, existing only as a "sizzle reel." But now it seems that the show might be moving forward sooner than anyone realized. Jose Molina (fan-favorite writer of sci-fi gems Firefly and Dark Angel) revealed in a tweet that he was prepping to start writing Slingers with Sizemore. Follow the jump for all the details.

For those who don’t remember, Slingers is a genre-bending show concept about a ragtag group of adventurous opportunists —including two former soldiers, a decommissioned robot, a Kaylee-esque mechanic, a holographic pilot, and a gun with a personality— as they go from heist to heist aboard their stolen experimental ship. You can check out my original post about Slingers here to see Sizemore’s innovative sizzle reel that started it all.

A bit of buzz had surrounded the fate of Slingers for the past few days, as numerous tweets from Sizemore himself piqued fan interest. Among them, he mentioned the prospect of a UK sci-fi show that might happen next year as well as a meeting with Sam Raimi’s people about an unspecified project (note that neither of these tweets have been specifically tied to Slingers yet). Then, late last night, the concrete news came through in the form of the following tweet from Molina:

This is definitely welcome news for anyone who is excited about the Slingers project. As a show focused on a team that carries out futuristic heists, the argument could be made that Jose Molina is a perfect fit to write. After all, he wrote Firefly’s two most heist-filled episodes (and two of its best overall, according to many): "Ariel" and "Trash." Combined with his overall pedigree working on other hit shows such as Haven and Castle, Molina’s involvement with the show all but confirms that Slingers is finally moving forward with production.

What are your thoughts on this development, GWCers? Are you excited about the prospect of finally seeing this show? About Molina’s involvement? Do you think this could become the next big sci-fi hit? Let us know in comments.

One Response to "Firefly Writer Announces Involvement with Slingers"