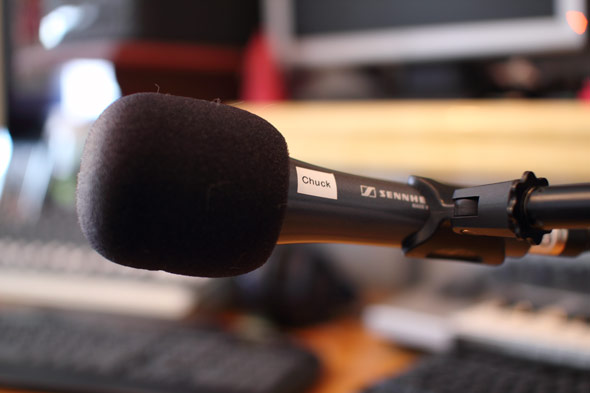 Join us for the inaugural episode of our new live podcast Eff This Week tomorrow, Thursday August 25th. We kick off the show at 9:00 p.m. central time, streaming it live via UStream. We'll interact with the audience as well, both via the UStream text chat and via Twitter. If you're on a Flash-capable device or computer, you can listen to the stream and participate in the chat directly via our live page, and mobile users can listen to the stream via the UStream app, available for both iOS and Android. Even if you can't make the 'cast, you can still communicate directly with the hosts by tweeting with the hashtag #gwclive. We'll be watching the stream.

Eff This Week will be a (mostly) weekly podcast about, well, nothing at all. We're going to crack open the mics live and let you see a little bit of what goes on when we're not recording. We might discuss some of the news from GWC, or we might just tear off on who knows what. Hell, suggest something via Twitter or chat during the 'cast and we might just pick it up and run with it. Either way, we're looking forward to it.

If you miss the live version (doh!) we'll release the recorded 'cast via the standard methods (our site and iTunes) a few days later.

Hope to see you there!