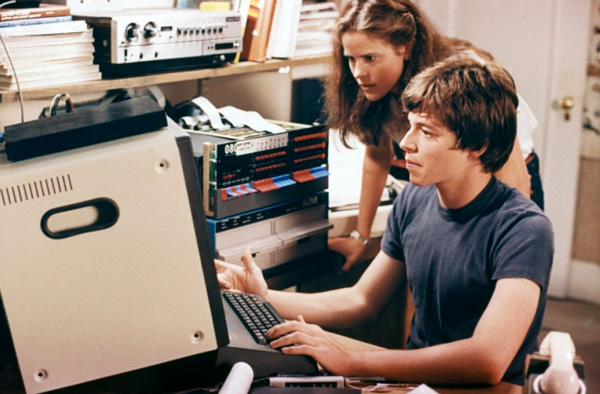 Collider reported this week that MGM hired Noah Oppenheim to pen the forthcoming WarGames update, with Seth Gordon to direct. Oppenheim is a bit of a question mark as a screenwriter. His IMDb page lists producer credits (Losing It with Jillian, Today, Hardball with Chris Matthews), but no completed screenwriting gigs -- though Collider reports he's working with Spielberg and other big-name producers at present. Gordon recently directed Horrible Bosses, and offered Collider some insight into his WarGames take:

"I love the original. I’m a bit of a hacker fanatic, and know a fair bit about that industry and cyber crime and cyber warfare. I have a real point-of-view on the material and how things have changed. And also, I think the politics of the world have changed in really fascinating ways since 1983. There’s no longer a monolithic evil empire somewhere, spreading a different philosophy of life. That doesn’t exist. It’s a much more complicated, nuanced, political world we’re in, and I think that actually makes for a more interesting plot to tell. Frankly, cyber attack is a lot more real."

If you'd asked me five years ago, I'd have wholeheartedly agreed with the idea that warfare has gone entirely unconventional: that we no longer live in a world of large empires battling as much as we do a world of large empires struggling to retain their stability among many smaller factions fighting to destroy it. And I'd say that's still true when it comes to guns-and-bullets warfare. But cyber warfare seems like a different story.

Many sources in recent times have identified significant, coordinated cyber attacks originating in China, both of a military and commercial nature. While I wouldn't necessarily label China an "evil empire," it's definitely "monolithic," and it's most definitely "spreading a different philosophy of life." Maybe the biggest change since 1983 isn't as much the players as it is the separation between cyber and physical warfare.  In WarGames, the threat was Global Thermonuclear War. Cyberspace served as a means by which to hijack control of physical weapons. We see a much more complex cyberspace in 2011 -- less a medium of transmission than a notional place that stores information of economic and political value. A China/U.S. cyberwar with short-term global economic consequences could make a perfect backdrop for a new WarGames.

Regardless of the political angle, I hope they include a kid, and that the kid is the most important player in the movie. David (and Joshua) were at the heart of WarGames, and as Sean suggested a while back, it'd be awesome to see Joshua reach out to the next generation of Lightmans to draw one into the fray.

As I've mentioned on the Galactic Watercooler podcast, WarGames was a seminal movie for me. WarGames marked my first interest in programming, and I spent most of my young years banging away at keyboards in the back room of the house, writing code and playing games. And when BBSs became more common, I shared my interest with others, running a multi-line board complete with head-to-head text gaming and an online file library. So one thing's certain: If they produce a WarGames remake, I'll go see it.