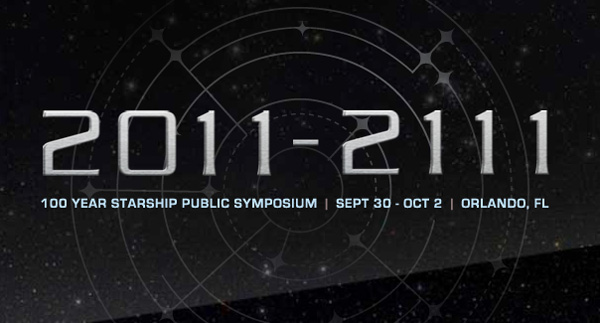 It's a science fiction staple: Earth's first interstellar missions (assuming we're not contacted by some advanced race) begin with "generation" ships -- spacecraft that travel at low, sub-light speeds, traveling to the closest stars over two or three lifetimes. Those who initially crew the departing ship will never reach the destination, but their descendants will. Now sci-fi fantasy takes the first step toward reality: The the Defense Advanced Research Projects Agency (you know, the people who bring you the Grand Challenges and the 2005 Challenge winner, the famous Stanford U team's Stanley autonomous vehicle) are hosting a symposium this fall to identify and quantify the issues behind a "100 year starship."

This endeavor will require an understanding of questions such as: how do organizations evolve and maintain focus and momentum for 100 years or more; what models have supported long term technology development; what resources and financial structures have initiated and sustained prior settlements of "new worlds?"

Seriously, folks, DARPA wants to know what kind of organizational issues we might face on a generation ship -- AND what's necessary to support a manned "colony" settled somewhere around another star.

Sure, I know this is pretty far out stuff, even for DARPA. But it's gotta start somewhere, and the fact that they're even considering something like this is heartening. They held a workshop back in January to brainstorm on the subject, generating a document full of preliminary answers to all sorts of questions, like:

If you take a look at that workshop document, though, you'll notice that this isn't all just people sitting around thinking about how we could possibly send humans to another star. The workshop seems instead focused on how to set long-term goals -- how to keep a focus on the far-out possibilities while still plodding along at the speed of technological advancement. Some of the outlined goals fall into the 30+ year category, but the group wants to take some action today, too. In the next year, they hope to entice 100 high-profile supporters to "participate in an advertisement in the Sunday edition of the New York Times that could appear under the banner '100 humans, 100 years from now, to the stars.'"

Anyway, the site and supporting documents are well worth a look, especially to GWCers -- folks who're used to the idea of looking both to the near and far future.