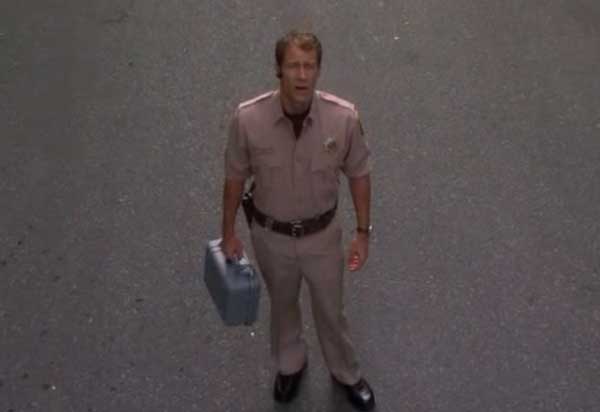 After ordering episodes so far ahead that when we talked to Colin Ferguson back in May (GWC #273), he was already on the set shooting season five before we'd even begun to see the second half of season four, SyFy announced yesterday the end of Eureka. It was a roller-coaster week for fans of the show as the possibility of cancellation leaked, followed by word that we might receive six "final" episodes. SyFy's official statement:

“After painstaking consideration, we have had to make the difficult business decision to not order a season six of Eureka. But Eureka is not over yet. There is a new holiday episode this December and 12 stellar episodes set to debut next year, marking its fifth season and six memorable years on Syfy. The 2012 episodes are some of the best we’ve seen, and will bring this great series to a satisfying end. We are very grateful to Bruce Miller and Jaime Paglia, their team of incredible writers, and an amazing cast and crew who have consistently delivered a series we continue to be very proud of. We thank the fans for their support of this show and know they will enjoy its final season in 2012.“

The big question, of course, is whether or not this'll give the show's writers time to twist some of the second half of season five into a wrap-up worthy of the show and its fans. Entertainment Weekly thinks it will, and I certainly hope they're right. But Deadline Hollywood suggests otherwise, noting that the show's in post-production on the 13-episode season five order. Based on comments from the actors and producers at SDCC, that sounds a lot more accurate.

What's next for SyFy? Warehouse 13 seems renewed, though we heard plenty of on-the-fence talk in the past few weeks. Alphas seems off to a good start. Will W13 become SyFy's darling, or is Alphas being groomed for that slot? What do you think?