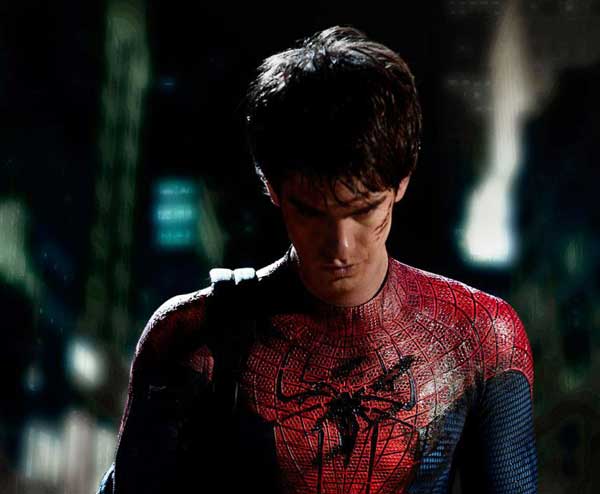 I've always considered the "original" Spider-Man movie to be essentially a reboot, though I suppose many would consider it simply the modern superhero movie formula: Draw liberally from the hero's comic roots to create a cinematic story that works on the big screen--and in product marketing. But Batman Begins changed all that, taking us for an altogether darker ride and launching the trend toward portraying the masked and caped more as they existed in the imaginations of comic readers than on the page.

Now Spider-Man looks to get the same treatment. Recent news outed Andrew Garfield as the the upcoming movie's Peter Parker, to mostly positive critical reaction. As comic legend Todd McFarlane points out in an interview with SuperHeroHype, casting Spider-Man is an entirely different task than, say, Captain America:

Spider-Man is a juggernaut in and of himself, so you have the luxury of getting 500 tests and picking the best talent that will make the character. That's what they're saying they did, and I'm going to take them at their word. They didn't feel pressured to put in a guy everybody knows, who's one of the sexiest guys under 25 or anything. Peter Parker has a skinny neck and isn't the biggest guy on the block. He doesn't usually get picked first when it's time to put together a baseball team at recess. As I look at images of Andrew Garfield, he sort of falls into that category.

(Check out the rest of the article for additional responses by once-Spider-Man authors Peter David and Mark Millar.)

Spidey's costume gets a makeover, too, trending toward skin-tight and textured a la Superman Returns. And exit Mary Jane in favor of Parker's late '60s squeeze Gwen Stacy. Long time Marvel readers will have to fill me in on the details as I'm more of an Internet expert, but I understand that Gwen preceeded Mary Jane in the Amazing run, helping to bring Mary Jane and Parker together. One thing's certain, though: With the lovely and talented Emma Stone bringing her to life, Gwen will be a joy to watch.

I can't help but think that maybe the "reboot" moniker doesn't really fit this movie--or any comic-based flicks for that matter. In the world of comics, every reader is The Doctor, able to jump from universe to universe, bring "dead" characters back to life, and generally turn the world upside down or sideways at will. In the current Ultimate Spider-Man run, Miles Morales, a half black, half Latino teen from Brooklyn has taken over the mask vacated by Parker, bringing new life and new opportunities to the classic storyline. This phases comic readers--already used to multiple realities and major character changes--not a bit.

Will moviegoers approach this film with the same open mind? It looks like we'll find out next summer. Amazing Spider-Man releases July 3, 2012.