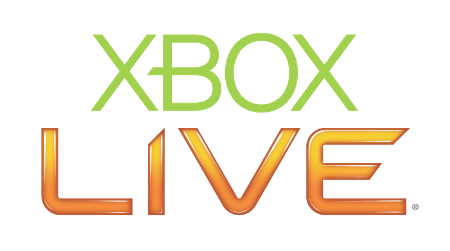 With the Xbox 360 Halo Reach Limited Edition Bundle on its way (see my previous GWC Blog post "Got Game? An Xbox 360 Voyage Begins"), I was faced with a dilemma. It was now time to establish my Xbox Live account. Shooter Jr and I had already decided that we would go halvsies on a Family Gold Live account. It is a few bucks cheaper after all and we end up with a total of four possible accounts instead of just two. This could prove useful if Shootette, Little Shootette or Mrs. Shooter wanted to play with us. Shooter Jr already had his Live account established but I've never had an Xbox Live account so I needed to create one. Now I came face to face with the decision that had been haunting me for months: creating an Xbox Live Gamertag.

For a new Xbox 360 gamer-to-be, creating a gamertag means so much. It defines your online identify. Your gamertag is what others comes to know you by. The gamertag should reflect you as a person and your gameplay ability and style. It needs to be edgy and strong, but not cocky. A gamertag should be creative and say to the Xbox Live community, "Hey, this dude's got game!"

Oh, by the way, your gamertag has to be above all else, available in the Xbox Live system.

There are other similar decisions to make in life like a personalized license plate, an e-mail address, a GWC forum name, a Dungeons and Dragons character name, or a Twitter name. But none of those identities are so closely aligned to how you interact with others as an Xbox Live gamertag. You are only known to the Xbox Live community by your gamertag. There is very little face to face interaction. The gamertag is you and you are the gamertag.

As I cruised through the Xbox.com website purchasing the Family Live account online Shooter Jr hit me with another limitation: Changing your gamertag costs money. Apparently the first change is free, which was great because my initial given gamertag of EasyTeacher386 just had to go. But after that first change it'll cost you 800 Microsoft Live points unless you get some "friends" to complain about the gamertag and Microsoft forces you to change it, in which case it is free. I felt the pressure mounting against me to get it right the first time.

I needed to get this right the first time. If I waited for weeks or months to change from EasyTeacher386 other gamers would have already known me as EasyTeacher386 and changing would have confused everything. What to choose? I'd known about this gamertag decision for months, but had come up blank every time.

As I mulled over the decision, a song Dad Shooter sang to us when we were little crept into my mind over and over, "Great Green Gobs of Greasy Grimy Gopher Guts...." I couldn't believe a song Dad Shooter sung on long car trips was hampering this momentus decision.

The song continued over and over, "...Petrified mule's feet, Mutilated monkey meet..." It was terrible. I thought to myself, "Dad! I love you, but you ain't helping me right now." I almost called him. It was annoying. I'm making a huge decision about this Xbox gamertag and all I hear is this song Dad Shooter still sings to this day. Dad would have just laughed if I had called him and told him to stop singing that song. He has no idea what an Xbox Live gamertag is.

"...Great Green Gobs Of Greasy Grimy Gopher Guts...." I have no idea where he learned that gross song, but it became all I thought about night and day for days whenever I thought about the gamertag. "...and me without a spoon."

Wait a minute. Gopher Guts? Like the University of Minnesota Golden Gopher Hockey Team? They are tough. They like to hit, score and win. They are from home. But Gopher Guts? Like a hunter going after a kill, but that would just be Gooey. Gopher Gooey. Gopher Goo. That might work, but I need to make it sound like I'm an expert. AHA! Guru. GopherGooGuru! Found it. Thanks Dad Shooter! I still love you and that ridiculous song.

So far I've ordered my Xbox 360 Halo Reach Limited Edition console bundle and selected my Xbox Live gamertag. Next time I'll explore creating my Xbox Live Avatar while I continue to wait for the console to arrive.

How did you select your Xbox gamertag? What's your favorite Xbox Live gamertag? As always feel free to tell us about it in the comments below or catch me on my Twitter account, @ShooterGWC

One Response to "Grabbing A Great Gamertag"