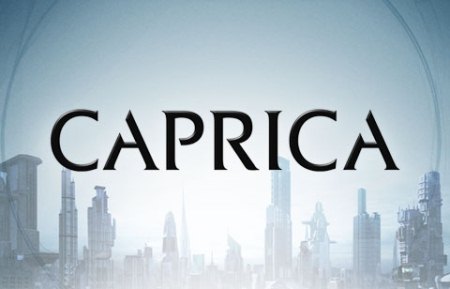 In the past two minutes I turned off the final episode of Caprica, hit save on the DVR and turned on my laptop. Almost three weeks after SyFy aired the final five Caprica episodes I was able to complete the January 4th, 2011 marathon. Somehow I had managed to stay Caprica spoiler-free until today and it payed off in spades. My feelings are somewhat like watching the last episode of Firefly: pleased with the show and totally enraged at its network cancellation. The final five Caprica episodes were phenomenal and the final five minutes were even more amazing to me. I will be looking to pick up the DVD of season 1.5 shortly. It was that good. And to those that have not seen the series or the final five episodes you are missing out, especially those of you that were Battlestar Galactica fans. Well Done, Caprica. Well Done!

If you happened to have read my previous Caprica post a week after its SyFy cancellation was announced, Why Caprica was no Haven (To Me) - Reflections A Week Removed From Cancellation, you knew where I stood prior to watching the final five Caprica episodes. Evidently, I was not alone in feeling this way since the show was canceled by SyFy. And that is very unfortunate because for me the five hours of Caprica episodes fourteen through eighteen transformed Caprica from a so-so show into "are you crazy you missed the last five episodes?" show. Caprica now joins my ranks of shows that I wish would have lasted longer.

I'm elated I watched Caprica out of loyalty to Battlestar Galactica. I was entranced with Battlestar Galactica and I was longing for similar magic to strike with Caprica. It wasn't an out of the gate hit like the Battlestar mini series or the pilot episode 33, but it was a slow build to an amazing crescendo. Just like Haven captivated my attention last summer Caprica captivated my attention with its final five hours of programming. The Battlestar loyalty paid off handsomely for me and I have serious questions why SyFy pulled its plug before these episodes were aired.

Even though we know how the Battlestar universe turns out, the final five episodes of Caprica leave a hard fought taste of hopefulness in my mouth. Battlestar Galactica wasn't known for allowing its audience to savor victories and had Caprica continued I'm not sure the show would have allowed me to savor it. But as it stands Caprica did give me the victory I look for in my entertainment these days. Seeing how Teryl Rothery really fit into the Caprica story was also a plus and for that I tip my hat to those that made it possible.

For the most part the final five episodes conclude most character story lines. Although as can be expected with a canceled show there were a few characters left in situations that leave the viewer wondering what happens. Had the show continued I'm confident those situations would have been resolved eventually. I also think Ron Moore could have explored the Battlestar Galactica ending more in depth had the Caprica Six and Baltar "Head" or angel characters been written into a Caprica season two or beyond. Perhaps that is still a possibility for Blood and Chrome.

While the final five Caprica episodes were fantastic to me, they don't change my opinions of the series up to that point. Caprica was to dark for me at this point in time in my life, I never had a protagonist I could route for, and the story line seemed to wander aimlessly. But that all was recoverable given the tremendous acting talent and some shifts in direction as the show proved in its final five episodes.

So to the people that were involved in Caprica I send a warm and hearty thank you! You guys did excellent work with the final five episodes. And amidst all the recent Blood and Chrome information I am looking forward to seeing it even more after seeing the ending to the series Caprica.

Where you satisfied with the ending to Caprica? Let me know in the comments below or you can always reach me on Twitter at @ShooterGWC.

One Response to "A Fond Caprica “Final Five” Farwell"