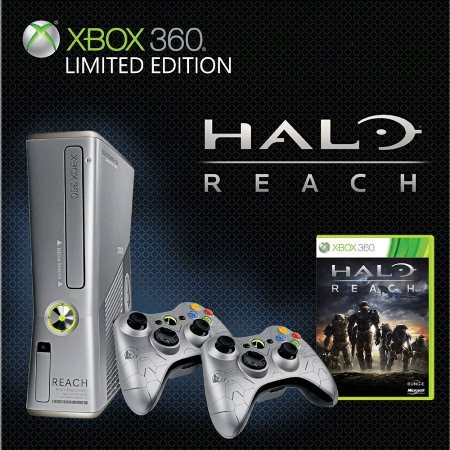 Got Game? An Xbox 360 Voyage Begins

Wishes can come true. Remember back in podcast 229 when the GWC Crüe asked us to call in with what we would do with $300? I called in and said I would get an Xbox 360 because Shooter Jr was on his all the time and wouldn't let me play. I remember Sean smacking me down pretty hard in podcast 230 when they played my call because I wasn't doing it right with Xbox live accounts (Gee, thanks for the parental back-up there buddy). Do you also remember in my blog post "Passing On The Family Geek Card" when I mentioned I was woefully behind the times with modern console gaming? Well, about six months later and with a Cromload of hard work and savings behind me, I was able to scrape together enough cash to start my Xbox journey. For someone who last "gamed" on an Atari 2600 this is not as easy as it sounds. But in the end, I know it will be worth it.

Deciding to purchase an Xbox was not an accident or a whim for me. I actually have a prioritized list of geek gear I'm going to acquire. I also have a savings plan to make it happen. So in the next several years I plan on purchasing or acquiring an Xbox, a new entertainment center, a new HDTV, and a new sound system. To be able to make the first step in this plan is exciting! As Hannibal on the A-Team always said, "I love it when a plan comes together."

Purchasing the Xbox could have been as easy as running out to the Buy More, Gamestop, Target, Walmart, Toys R Us, or any other store that carries Xboxes and grabbing what was on the shelf. But I learned I had requirements. How many USB ports did I think I'd need for an Xbox cam, Kinect system, headset, or any other gear I needed to hook up? What size hard drive did I want? What color would be cool to have? Am I going to look at a bundle?Am I going to get Kinect now or later? Did I want to grab a refurbished console from Gamestop or purchase new?

Thanks to Sean and Shooter Jr, I narrowed in on the Halo Reach Limited Edition Bundle. Sure, there were other bundles available like the Final Fantasy Bundle, the Elite Bundle, a Kinect Bundle and others but the Halo Reach Bundle is the one I decided on. The Halo Reach Xbox console is silver with Halo Reach graphics printed on its surfaces, has a 250GB hard drive, has five USB ports, comes with two wireless controllers, has a headset, sports an internal integrated wireless N networking capability and of course comes with Halo Reach. I decided to wait on the Kinect because I wanted to learn how to play Halo, Call of Duty, Assassin's Creed, Fable and get through Mass Effect and Mass Effect 2 first. If I was on a more limited budget I would have picked up a refurbished XBox console from Gamestop. The gear there is a phenomenal deal.

Finding a new Halo Reach Limited Edition bundle was difficult. No local stores had them in stock anymore. Thanks to my online friend Amazon, I was able to locate a new one and purchased it for $399. The bundle is set to be delivered next week and I'm excited beyond belief! In the meantime there is still much to do with Xbox Live accounts, my gamertag and my avatar while I impatiently wait. But those are stories to tell another time. For now I just want to savor the the single most satisfying mouse click I've had in recent memory when I clicked on the "Complete Purchase" button. What an exhilarating feeling!

Are you thinking about entering (or re-entering) the gaming world? Have you recently purchased your first Xbox 360 console or are you thinking about taking the plunge for the first time? Do you have any words of wisdom on what system to purchase? Tell us about it in the comments below or catch me on my Twitter account, @ShooterGWC.