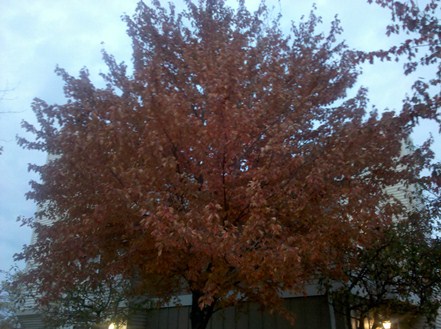 The fall leaves are full of beautiful color, the highs are in the upper 50s or low 60s, and there is a hint of joyful holiday anticipation in the air. It was the perfect time for a Cleveland GWC Meet-up. GWC meet-ups are some of the most fun times a geek can have outside of a Con. Sure, the GWC Forum and Twitter are great ways to connect with other GWCers. But there is something special about in person meet-ups. For it is at a meet-up that a true understanding arises about the “Hive Mind”/friendliest people in Fantasy, SciFi, Anime, Comics, Gaming, and Geek. Plus, everyone ALWAYS has a blast.

Fueled by Shooter Jr’s hockey tournament schedule, five Ohio GWCers came together on relatively short notice in the Cleveland area to enjoy some Friday evening activities. While Shooter Jr enjoyed some time with Ex-Mrs. Shooter, Apollymy (@Rachel1975) and Head_Lance (@janitorbob) met me for some Tigh…I mean Thai food after Shooter Jr’s game. The three of us caught up with each other since we were all together at the 2010 International GWC Meetup in Texas. We delighted with JanitorBob as he described how he lucked into a free iPhone 3GS and Rachel introduced me to the science of the human circadian rhythm.

Following a drive across town to the Screaming Rooster and a “scenic” off freeway route thanks to my GPS, we were joined by TighGetsPunchedALot (@thefeeders). We were all excited about the March International GWC Meet-up in GWCville and consumed adult beverages.  We discussed many geek topics and there was always a well-timed one liner ready.

This was the first time I met TighGetsPunchedALot in person. Every time I’ve had the pleasure of meeting a GWCer for the first time what could be an awkward experience of meeting someone off the internet turns into a pleasurable and fun experience. This time was no exception. The four of us almost immediately blended into a conversation like we had always known each other.

Eventually we were joined by dxf (@dxferris). Apparently Ferris is even more directionally challenged than my GPS. However, we were all glad to see him. Well everyone but JanitorBob. While greeting everyone Ferris managed to dump JanitorBob’s entire drink into his lap. So we all learned important lessons: never let Ferris drive himself to a meet-up and everyone needs sippy cups while he is present.

The next hour was full of more geek chat including a healthy segment on Kevin Smith. The conversation was always smooth and everyone was interested in what everyone had to say. There was no one trying to dominate the conversation or assert how correct their opinion is. For those that have experienced an International GWC Meet-up in Texas it would be just like how it is at the Irish Rover, but with live music.

There were also several attempts at group photos with cell phone cameras. I had wanted to bring Mrs. Shooter’s nice DSL camera, but since Shootette was headed to her Homecoming  dance the next night Mrs. Shooter refused to let her camera out of her sight.  Many thanks to the nice ladies at the Screaming Rooster for the multiple attempts at a decent group photo (www.thescreamingrooster.com). Everyone departed shortly after group pictures and returned safely home. My heartfelt thanks to each and every GWCer came to the meet-up. I can’t think of a better way to spend a Friday night away from home, and I simply cannot wait to see everyone again at the 2011 International GWC meet-up.

(Author’s note: Many thanks to dxf for his helpful suggestions and inputs into this blog post. He is truly a class act!)