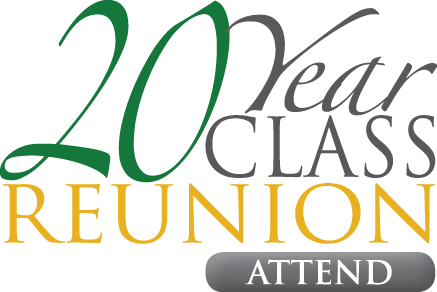 20 Year High School Reunions: Did Stargate Get It Right?

The GWC crüe has perfect timing. The current high school arc was spot on for me. Like Chuck last year, this summer I had the opportunity to attend my 20th High School Reunion. It was sort of a pain since Mrs. Shooter and I had to drive so far for a very short weekend, but it was worth it. Not everyone from my class of 263 decided to attend, but it was interesting catching up with those that did. Vala Mal Doran (Stargate SG-1 seasons 9 and 10) summed up the experience perfectly in the episode Bounty by saying, “Traditionally, these events entail the bringing together of large groups of people all with a common bond in the past but nothing really in common in the present. Everybody evaluates each other’s lot in life, generally by virtue of a combination of material worth and the attractiveness of one’s date, spouse, life partner.” I set out to see just how true that was.

The night before the reunion, the school opened up for a tour. Since I hadn’t set foot in the building since graduation, I thought it would be a good idea to see what it looked like today. Although the place has changed significantly, being in a few familiar halls and walls brought those high school memories flooding back to the surface like it was yesterday. I could picture myself sitting in class or getting stuff from my locker or eating lunch in the cafeteria. Embarrassing moments of tripping up a flight of stairs came back pretty quick too. The small group of us even quoted a few of the more memorable teachers along the way.

My high school class was pretty diverse. Out of those 263 that graduated, one went on to win the Heisman Trophy, one is the senior partner of a high power law firm in Boston, one is now running the I-405 construction project in Los Angeles, one is a Senior VP for Target Corporation, and several others are doing important things like working for the United Nations or working in missions. Of course there were dozens of ordinary folks there too. I was able to speak to the guy that ran the stage crew for our school plays (ala Glee), traded stories with a couple guys I played Lazer Tag with (and ended up getting arrested with), had a discussion with several self-named pot-heads (just like Dazed and Confused), hung out with some fellow band geeks (one day, at band camp…), and spent some time with the four other guys I was in school with from first grade to senior year.

Unlike Cameron Mitchell’s reunion in Bounty, the party was actually held in a bar next to the Xcel Energy Center in downtown St. Paul versus our high school gym. This was an added bonus since we were all given drink tickets at the door. Alcohol definitely made this event tolerable for us. Similar to the reunion in Bounty, 80’s and 90’s music blared through the bar speakers for ambience. Unlike both Bounty and the movie Grosse Point Blank, there were no armed assassins or hitman involved, although their presence would have been welcome diversions from time to time during the evening during the periods of awkward silence.

Being in the military and moving around so much after high school had its disadvantages in the pre-internet, pre-facebook days. There were several people I ended up losing touch with over the years due to the physical separation (something you younger folks might not have to deal with the social networking sites). However, I found throughout the next few hours that I was glad I lost touch with most of the people there. We simply had nothing in common anymore other than a shared past. Most of the conversations were short and consisted of what you did for a living and introducing spouses. In other words, how much you were worth and how attractive was your spouse or date.

Mrs. Shooter had several nice conversations with classmates whom she’d never met or heard of, but we noticed several spouses hanging out on their own, sitting at tables alone and wondering why they came. I was wondering about that too since their spouses left them to fend for themselves. At least they each had some sort of drink in front of them.

The cheerleaders and jocks formed a mob around the Heisman Trophy winner most of the night (he never amounted to much in the NFL), and the cheerleaders sized each other up for how well (or how poorly) they had aged. As the evening grew on everyone ended up in their same groups from high school. Go figure.

Mrs. Shooter and I ended up leaving shortly after eleven since we had to drive back to Ohio early the next morning. After I listened to the most recent GWC podcast during the twelve hour drive home the next morning, I reflected on what Vala said in the Stargate Bounty episode. I had to concede that Vala was entirely correct, but I’m also glad I went. Several of the people I wanted to reconnect with were there, and they made all the hassle worth it. For the record, though, any GWC meetup is light-years better than my reunion was. At least there is only one 20 year high school reunion to endure. There will be plenty of GWC meetups to enjoy.

Have an interesting high school reunion story? I’d love to read about it in the comments section!