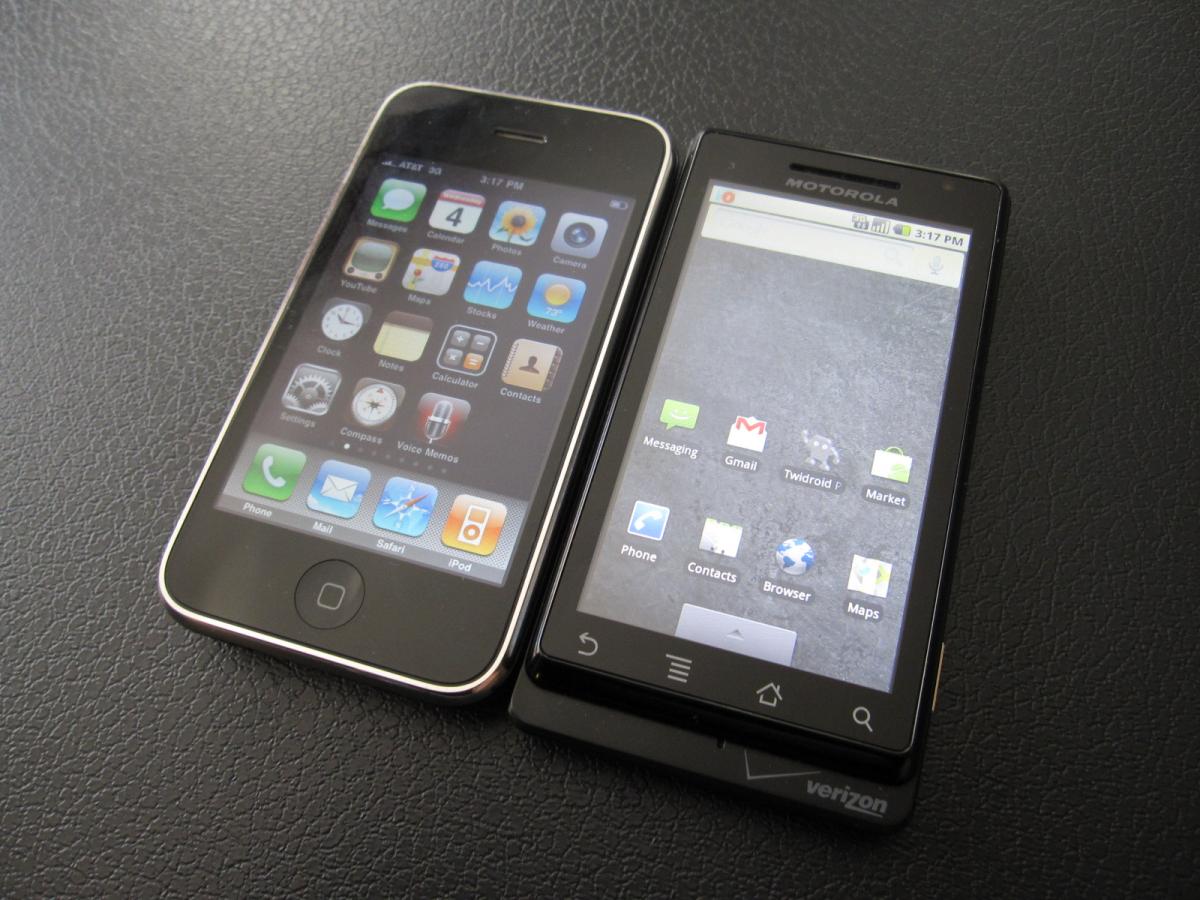 Aren’t SMART phones fun? It seems the unofficial SMART phone of choice for most GWCers is the iPhone. However, for those of us that have carriers other than AT&T, there are other choices available. Personally I have the Motorola DROID through Verizon. And even though I can’t wait for Verizon and Apple to finally unveil/announce the Verizon version of the iPhone, I do love my DROID’s features. I can use the phone to navigate, see what stores are in buildings, read my daily Dilbert, keep track of workouts, download and listen to podcasts on the run, use it as a wireless card for my laptop, check out the weather and local radar, play Sudoku, use it as a flashlight, pinpoint stars in the night sky, watch YouTube videos, tweet away on Twitter, use it as a Tricoder, and post on the GWC forum (thanks to Tapatalk).

If I had one irritation with my SMART phone it would be the autocorrect feature. It usually blindsides me when I’m on the run, tapping away on the touch screen keypad while I’m preoccupied with some other activity. You know, it is that sometimes thankful, sometimes annoying feature that not only tells you what word you are trying to spell, but automatically inserts what it thinks you are trying to spell into your text, tweet, or e-mail. Just last night Mrs Shooter received a text from me, “I ordered the Zack from Papa Johns.” Instead of what I meant, “I ordered the Za from Papa Johns.” Za, of course is slang for pizza. Mrs. Shooter was confused. Apparently questions of human trafficking danced in her head (which is illegal in the United States). Her confusion was quickly sorted out, and we indulged in our dinner treat when the Za arrived.

Another time we were texting about the odor emanating from our laundry room. “Ghats is the smell of the laundry detergent,” I texted her. Apparently my phone thought I was in India and wanted to do laundry on a broad set of stairs by the river.

A few weeks ago my phone thought I was watching “Venture Bris.” instead of Venture Bros. Apparently it is a new food dish in my microwave instead of the awesome cartoon. Also “Frakking” always turns into “Freaking.”  And apparently I didn't fill out my form correctly because "Xena" always turns into "Census." However, in a strange sense of geekiness, "thot" always turns into "Thor." Gotta love the little grey buddy whenever he pops up. The "Shooter Family Truckster" loves Aprils Fool day because it is the" Shooter Family Trickster". Our favorite diety, "Crom," goes all prep school with the name "Cromwell" instead. One of our favorite terms, "SciFi," goes all BP and ruins it by becoming "acidic." Winter 2010-2011 movie blockbuster "Tron" goes all wall street as "Trin" (I had to look that up). Instead of being "sooo excited" it turns out that I'm "Shooter excited." And our favorite Star War Jabba the Hut girl "Slave Leia" becomes "Slave Leisure" in the autocorrect universe.

Perhaps the simple fix is to just take the time to read those lighting fast 140 character to 160 character messages before they go out. But once in a while, when I am in a hurry and I am not worrying about it too much, the autocorrect will get me. Feel free to add a funny response when it does.

I’m sure there are other funny stories about SMART phone autocorrect features out there. Write them down in the comments section! We all want to hear them.