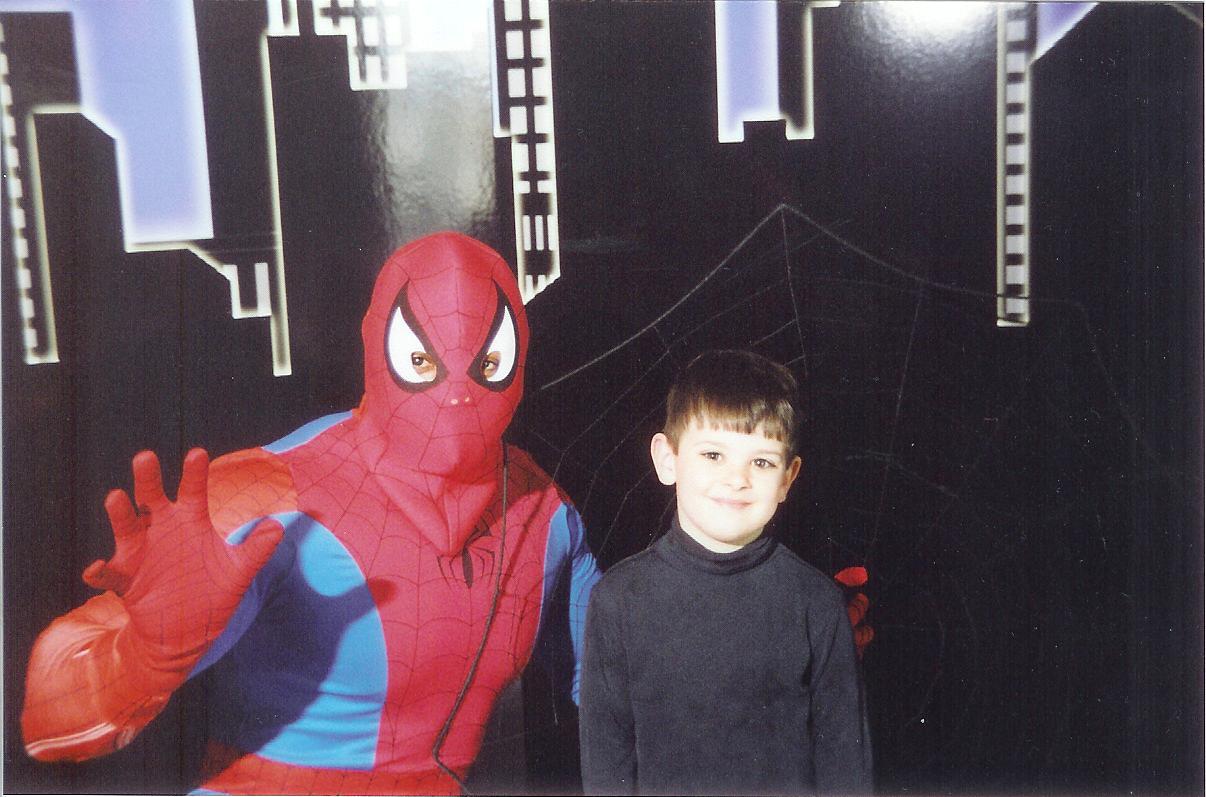 Passing On The Family Geek Card

I’ll be the first to admit that Shooter Jr is not really “Junior.” He’s not a mini-Shooter or a cloned version of me, and his real name has nothing close to Junior in it. Admittedly, though, the Junior tag has grown with both of us ever since the GWC Indiana Jones podcast arc. But Shooter Jr has his own interests, his own personality, and his own preferences that are similar but separate from my own. Likewise, neither of the Shootettes will like every single thing that I find fun and interesting. However, as with any family, there are interests of mine that I’ve been passing along to the kids.

My father passed everything unto me that I consider valued. To this day we enjoy doing some of those activities together like shooting, fishing, woodworking, logging, bike riding, ice skating, or watching hockey. Recently he came out to visit and we shared an opportunity to come up with a creative fix to my mother-in-law’s laundry-room/water softener drainage issue. We both enjoy watching and quoting John Wayne movies. Although he constantly threatened to send me to military school as I was growing up, his wish finally came through when I voluntarily applied and was accepted to the Air Force Academy.

But one of the most treasured activities my dad passed down to me is my geek card. He bought me my first gaming system. It was an Atari 2600 and Space Invaders was my favorite game. He bought me my first computer, a Commodore 64 with a 300 baud modem, and opened up my world to the early internet and bulletin board systems (BBS). He encouraged me to read. He introduced me to Comos on PBS and Star Trek: The Original Series in its early syndication days.  He admits that his biggest regret as I was growing up was not sending me to Space Camp. And to this day we save watching the biggest SciFi hits of the holiday seasons on the big screen to when we see each other.

A lot of handing down Shooter family geek cards involves watching certain shows and movies together. Shooter Jr and Little Shootette love Stargate SG-1. Shootette loves Twilight and Terminator. Mrs. Shooter and the Shootettes love Glee. Mrs. Shooter thinks Chuck is adorable and watches it with Shooter Jr, Little Shootette and myself. Everyone loves Indiana Jones. But Shooter Jr and I are most often found together soaking up V, Burn Notice, Chuck, Big Bang Theory, Eureka, Warehouse 13, or Stargate Universe. That’s not even including the stacks of movies like Terminator, Star Trek, Transformers, Harry Potter, 2012, Back to the Future, Star Wars, Independence Day, Matrix, or Batman just to name a few.

In fact, one of Shooter Jr and my favorite shared memories involves a movie. Years ago we went to see Spiderman opening day. There was someone in a very good spiderman costume just outside the theater that Junior had his picture taken with. He was so excited about it. In fact, that picture is at the top of this article.

But passing down the family geek card isn’t just limited to cool technology, books, computer usage, TV shows, or movies. True geeks infiltrate “geekiness” into everyday life. Recently, the whole family started using the Big Bang Theory term “Bazinga.”  The art of “Bazinga” isn’t necessarily as simple as it sounds, especially to an eight year old. However, Little Shootette mastered Bazinga on her first try without any prompts a few weeks ago by proceeding to argue with me, winning the argument, telling me I was wrong and then saying “BAZINGA!” I was so proud about that one I tweeted about it.

Not only are there geek aspects that I’ve been able to hand down to the kids, but in some aspects they can totally claim geek supremacy over me. For example, Shooter Jr can totally own me in the arena of computer gaming. Whether he is playing Dragon Age on the home computer or Halo on Xbox 360, I find myself woefully behind the times in being able to keep up. Not only do I find myself unable to beat him, I often need to use him as a tutor to help guide me when I do find the time to play. And before any of you GWCers decide to chastise me completely over this self-admitted deficiency, just remember someone has to spend time working to pay for all this cool tech, let alone a roof over our head. Unfortunately, gaming has been one area that has suffered over the years. I’m sure I’ll be able to catch back up with it as soon as I win the Powerball or Mega Millions.

However, Shooter Jr and I do make time for the current GWC arc. Junior has been introduced to more legacy SciFi and Fantasy in the past year and a half thanks to the GWC weekly podcast than he had probably seen in his entire life up to that point. The Lord of the Rings arc alone put a huge dent in what he has seen and read. Recently he ate up Conan, the original Tron, and on Chuck’s suggestion The Last Starfighter. Currently, we are in the process of watching Xena for the first time, and enjoying it. But most of all, we enjoy listening to the GWC cast together in the Shooter Family Truckster on the way to hockey, shopping, or other errands around town. But that is a story for another time.

Alas, there are shows that I watch that I have not been able to interest anyone else yet in the Shooter household. Dr. Who and Firefly are two that come to mind. But I’m confident that someone will find interest in one or both of them over time. They are just too good for someone not to like. There is always next time. There is also the eventual promise of two sons-in-laws, a daughter-in-law and however many Shooter grandkids we are blessed to have in the coming decades to hand down my geek card to.

Moreover, there are even aspects of my past that I haven’t even delved into with any of them, like gaming. Dungeons and Dragons, Car Wars, and Battletech were all part of my past. I’m sure I’ll get around to it eventually.

In the meantime, I’m just enjoying passing along the portions of my geek card that the kids are interested in.  Pretty soon they will all earn full geek cards of their own. For now, the journey for the kids to earn the cards is a fun one we can all take together. Until next time…

4 Responses to "Passing On The Family Geek Card"