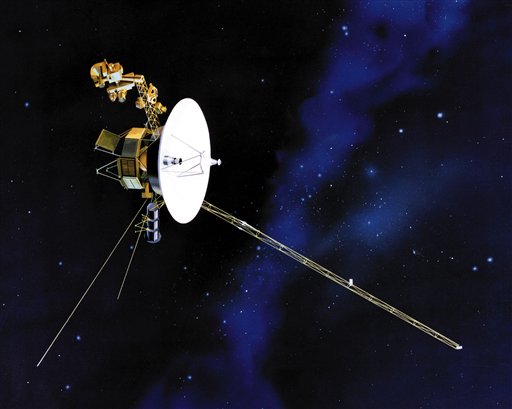 Just came across this AP article describing how NASA Engineers are currently troubleshooting a software glitch on Voyager 2, which recently caused the probe to send its scientific data in an unreadable format. While reprogramming extraplanetary probes is nothing new (we've been doing it for years with the Mars rovers Spirit and Opportunity), there's a few reasons why this particular problem is so interesting:

The Voyager team may be able to reprogram around the error, or find a way to decipher the format the probe is transmitting, but for now they've told the probe to stop sending the faulty data while they attempt to find a solution. Possible causes for the error are being investigated, but they don't believe the age of the spacecraft is related to the problem. Voyager 2 has had a long mission, performing flybys of Jupiter, Saturn, Uranus and Neptune, and is currently headed into deep space to perform some of the first observations from outside our solar system, and is expected to operate for another decade.

Let's hope this glitch gets sorted out quickly, I'm not sure the Nerd Herd can do an on-site support call for this one.

5 Responses to "Patching Software From Eight Billion Miles Away"