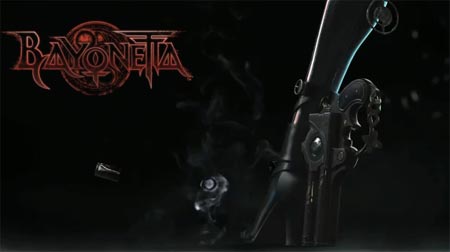 Fight Heaven Itself With Bayonetta

Normally action games aren’t really my style but in this case Bayonetta has more style in general than you can shake a really sexy stick at. In this world, Heaven and Hell had the out and out battle of the ages throwing hell into the loser’s bracket – which put the world out of balance. Fresh from a nap under a lake for 500 years Bayonetta, the last true Umber Witch, intends to fix that. How do you put the world back in balance you ask? Why by killing angels of course – this is the awesome! This is Bayonetta, as you can see she is quite plain and homely as most video game chicks tend to be; small chest, short stumpy legs and frizzy hair. I mean seriously, it’s a game about a dark witch - could she be anything but unbelievable? Of course she hot and with a sexy voice to boot. She also wields magic, has a bit of a masochistic streak and wears guns on her ankles so she can shoot you when she kicks you in the rocks. The visuals are striking as well, there doesn’t seem to be a bad screenshot of this game. The demo I played was beyond beautiful and the controls are smooth as silk and easy to understand. To pull off combos even a schlub with no skills like me can stroll up and start playing.

I’m pretty stoked to get my hands on it soon. Coming from the same guys brought Devil May Cry to the center stage a while back this looks like a sweet way to kill some recreational time.

2 Responses to "Fight Heaven Itself With Bayonetta"