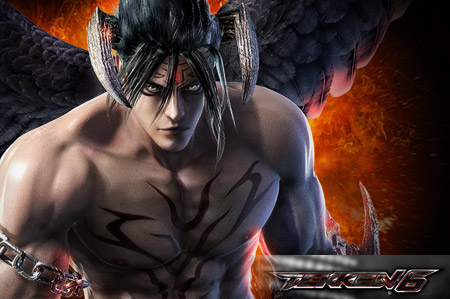 I’m a big fan of fighting games. It’s something of a lost art here in the 21st century. The console has largely killed the tightly-packed throngs of teens waiting their turn at the controls of the latest button-masher. It is my most sincere hope that Tekken 6 helps turn a bit of that around.

True to my word, I picked up a copy on release day at lunch and had the fidgets the entire rest of the day 'till I could crack what I was sure was fighting nirvana on a disc. To my great relief I was rewarded with perhaps one of the most balanced and deep fighting games I’ve played in close to ten years. Not since Tekken 3 have I been this happy with a fisticuffs title.

There are cut scenes, story modes, arcade modes and online vs. and co-op modes. It’s (as I expected) a full-featured romp through hand-to-hand goodness that one might demand from a 2009 pre-Xmas release. But that’s not why I was stoked.

T6 features a full character customization setup that uses in-game cash and points plus item finds in story mode to make your characters unique to you. In character builder mode you can take almost any frame and make your character a whole new person. It’s rather addicting. But that’s not why I was stoked, either. Unlike previous sissy releases like the much b’groaned Tekken 4, the character lineup in T6 is truly large. 40 (34 old favs and 6 new) playable characters are on tap. And of course you know there are at least two hidden characters running around -- but yet again my joy is not in this bit of news.

The thing that had me jumping like a little kid is the game play. There’s no point to any of this; the graphics, mind blowing story -- none of it makes a damn bit of difference if it isn’t fun to play, and T6 is fun.

I’ve never really been into MK or SF because of the complex button mashing and combo-laden interface. Tekken has always been more elegant and sophisticated then seeing who can manage to get off their special move first. At its core, Tekken is more of a fast-paced chess tournament then a slap-happy brawler. You can of course play it any way you wish and still have a great time, but a level of balance and control exists in Tekken that is difficult to match. I’m more than pleased to see T6 has still got that. The controls are smooth and the game play is crisp and quick, just like it ought to be.

It’s true; fighting games are not for everyone, but there are levels of magnitude between straight fighters and what this title is about. Hell, the story of Lars and Alica is great in and of itself. It looks like the days of button-mashing and arcade kings are gone, but if Tekken 6 is the success I think it’s going to be more Kings of Iron Fist will be crowned in the future.