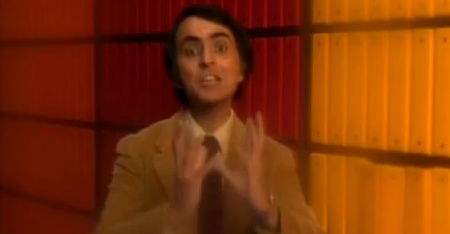 Yeah, auto-tune's become all the joke lately, with enterprising folks applying T-Painery to everything from cats meowing to Mr. T. But the above video is no joke. It's pretty darn bad-ass. And it's significant when you consider that we're just a few weeks away from taking a fun look at Cosmos.

I do hope you'll all join us after Stargate for a look at a show that inspired the imaginations of many prominent figures in both the science and science-fiction world. It's worth your time!