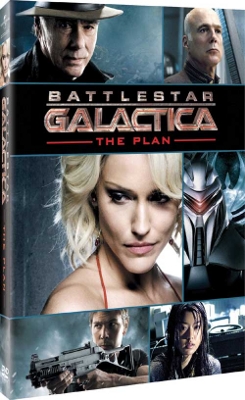 All Of This Has Happened Before…

We've been waiting for it. We've marked our calendars and counted the months for the Battlestar Galactica tele-movie, The Plan. Sometime in June SyFy president Dave Howe mentioned it would air in November. However, now the network says The Plan will not air in 2009.

This should come as no surprise.

Why? As BSG fans, we know what it means to wait. After the mini-series aired, we waited for almost a year before the series started. At the mid-point of the second season we had to wait almost 4 months before it resumed. We waited seven months between Seasons 2 and 3. A year passed between Seasons 3 and 4, with our appetites appeased by the tele-movie Razor. There was even a hiatus at the mid-point of Season 4 that lasted seven months.

The prequel series pilot of Caprica has yet to air. Caprica is set to debut on January 22, 2010, yet the DVD was released in April 2009. This marketing venture has become a trend since The Plan DVD is scheduled to be released on October 27, 2009. It makes you wonder if the network is not following the credo of the show. All of this has happened before. All of this will happen again.

3 Responses to "All Of This Has Happened Before…"