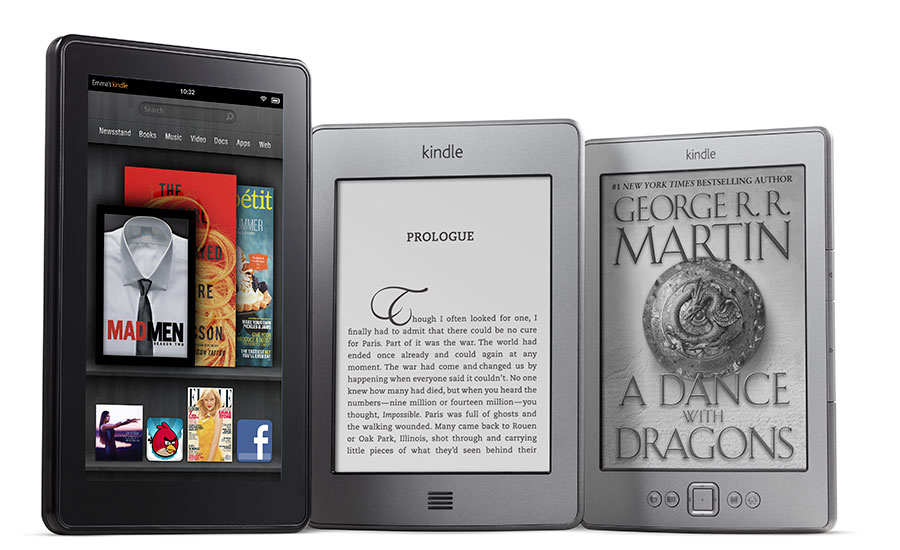 As some of you are aware, I’m a writer and I’m searching for an agent right now. With the possible exception of the fourteenth century’s Black Death outbreak, I’ve picked the worst time in history to be an unknown author with a book to sell. As a writer, I’m following publishing news daily and trying to stay current on an industry that is both changing rapidly and struggling to keep from changing too much. While being a writer is more difficult than ever, it’s a fantastic time to be a reader, which all of us here at GWC are.

I’d like to give you a layperson’s glimpse of some of the bigger book trends, how they’re affecting both writers and readers, and who I believe comes out ahead with each new innovation.

I can’t begin this discussion without stating that books are alive and well. Yes, sales are down and readers’ attention spans are shrinking in a crowded marketplace, but books aren’t going anywhere. Audio books are also doing fine. In fact, audio just gets more exciting — Parker Posey was just announced to read The Feminine Mystique. Everyone seems to agree that hard copy books will be around for many more years (exactly how many is uncertain, given that we’re raising a generation on e-reading).

The biggest news item in the book world is the e-Reader (Sony’s PRS 700 and the Kindle [as a device or App for your iPhone] from Amazon are the big players). Both offer pleasurable and convenient reading experiences and pricing. There’s nothing here for readers to be disappointed about. The devices are easy to use and get better and cheaper as time passes. Amazon has bullied publishers into their pricing structure, which has caused much debate in literary circles. The biggest of these is the issue of simultaneously launching the e-book and hard cover. Some argue that sales will be lost on hard cover books (which cost more) in favor of the lesser-priced ($9.99-$14.99) e-book. The other side of that debate is that new readers who have adapted to e-formats will now make purchases they never considered before. What do you think? What factors go into your own book purchases? Price? Format? Desirability? For me, I’m still purchasing 95% hard copy and saving my e-purchases for titles that I don’t care to have in my bookcase. All industry eyes are focused on the September launch of Da Vinci Code author Dan Brown’s upcoming book, The Lost Symbol. I’d be pretty surprised if an e-book doesn’t launch simultaneously.

Winners in this category? Readers for sure. You get current books in the format you want, when you want it. I also think writers fare well because as long as people are paying for a legal copy of your work, you’ll get paid. Publishers are losing a bit of the control (and revenue) they’ve enjoyed for years to Amazon.

In the comic world, things are moving much slower. An e-comic is a different beast from plain text and pages. Like their book counterparts, who often post first chapters online for free, comic publishers are experimenting with “freeconomics” and giving away single issues as downloads to a laptop or iPhone. The most exciting e-comics are the motion comics. These new formats are giving small publishers (and new writers) visibility they’ve never had, and readers great new content to discover. I think the comic book folks are waiting (wisely) to see where the dust will finally settle with the book-publishing model.

Getting a bit closer to that settling point is Sony, who last week made the bold move to begin using an ePub format so their book offerings could be downloaded to multiple devices, similar to the way we use MP3 players with music. This has Amazon in a tight spot, but it benefits both readers and writers alike. I doubted that readers would allow a monopoly on devices for very long.

However, ePub formats (Digital Rights Management) aren’t without risks. Piracy remains the number one concern for publishers and writers, who both need and want payment. The market for illegally scanned books free of charge is already problematic.

I also see the potential for more scams with e-publishing taking off. With costs down, e-publishers can prey on the hopes and dreams of aspiring writers and lure readers with cheap pricing but less-than-friendly reading applications. It might surprise you to know that the Romance genre (not Sci-Fi) is leading the way in e-publishing. They’ve been releasing e-only titles for a while. If sales go well, the books can earn a print release too. It’s less of a financial risk for the publisher and a way in the door for a newbie like myself. (But a hardcover release from an imprint of the Big Six is still the Gold Standard.) At this point, I’m assuming any book deal in my future (fingers crossed) will include an e-book version.

So GWC, how are you adapting to the new readers? Own a Kindle? I have the Kindle App on my iPhone and read on it sporadically, though I still prefer a hard copy. For travel, I’m thrilled to have better portability. Have you tried the new e-comics and motion comics?

As a writer, I know that with change new opportunities abound, as long as you’re willing to embrace them. I honestly believe that anything that encourages reading is positive, for readers and writers alike.