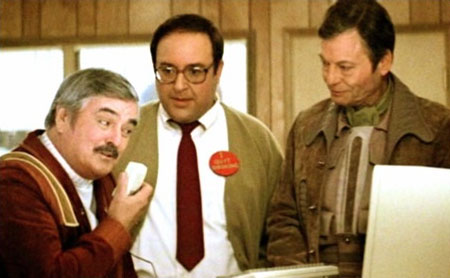 In Star Trek IV: The Voyage Home, everyone's favorite engineer, Scotty, gave materials science a slight nudge forward when he handed the secret of making transparent aluminum to a San Francisco plastics company in 1986. Unfortunately, our world (with its fancy reality) still lags a bit behind. We don't yet have transparent aluminum -- at least not in the Star Trek sense. Several recent advancements in the field of material science have arguably moved us a bit closer to that ultimate goal, though. So while I continue my dream to be the architect of a brave new world of materials (hey, how do you know I didn't invent the thing?), check out these two fairly new materials that have had the name "transparent aluminum" attached to them.

Looking no different than glass to the casual observer, aluminum oxynitride (or AlON if you're into that whole brevity thing) is probably the closest material we have to true transparent aluminum in terms of performance and properties. It's a bit denser than aluminum, but this drawback is more than outweighed by AlON's superior strength and hardness. Plus, there’s the fact that it's completely transparent! AlON can be melted and cast, is bullet/shock proof enough to be used by the US military as a prototype armor material, and its cost has been steadily decreasing since its initial development. Due to its immense strength, AlON is the best material available today for use in transparent structural elements.

It almost sounds too good to be true, right? Well, that's because it is -- if you're holding it up against the bar Star Trek has set. What gives AlON a solid "close, but no cigar" classification is the caveat that it's not actually aluminum, and therefore not a metal. As you may have gleaned from the material's name, AlON is a compound consisting of aluminum, oxygen, and nitrogen. Like its weaker and more prevalent cousin alumina (which can also be completely transparent if it's free of impurities), AlON is a ceramic. Don't let that detail turn you off too much, though. AlON is still a remarkable new material that you'll likely see turning up more and more in our everyday lives as the years progress.

Read on to check out the second (and infinitely weirder) material: