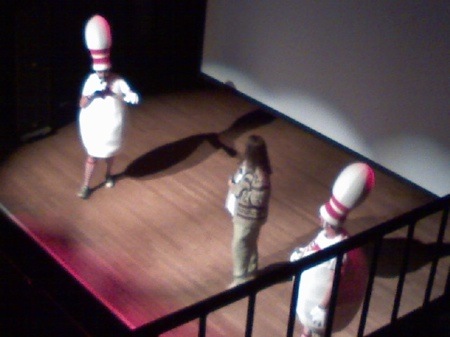 With SDCC over, we took the time to hit House of Blues one last time -- to indulge in White Russians and watch The Big Lebowski with a bunch of other like-minded people. Those matching bowling pins above are "Founding Dudes" Scott and Will -- the same guys who guested on GWC's Thanksgiving-special Lebowski 'cast (#128). But it wouldn't be complete without a drop-in from the Dude! Jeff Bridges attended via video from the set he's working on in Canada and gave us a big hello!

The movie followed, with the crowd yelling lines and costumed people acting out the movie to cheers and whistles Rocky Horror-style. A good time was had by all. And remember: The Dude abides.