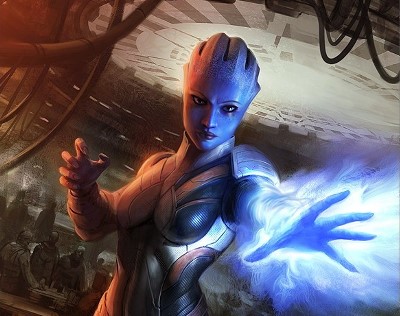 Bioware is teaming up with Dark Horse Comics to give you a much-needed Mass Effect fix: a four-episode comic book arc titled Mass Effect: Redemption. The arc will span the time between the end of Mass Effect and the beginning of the upcoming Mass Effect 2 and explains the disappearance of Shepard and his fight to survive.

"Fans of Mass Effect are going to be pleasantly shocked by the events in these comics," says ME lead writer Mac Walters. "We worked very closely with Dark Horse to make sure this story was built into the Mass Effect 2 arc right from the ground up. Reading the series won’t just add to your experience of the universe, it will change the way you look at Mass Effect 2… and beyond.”

As you might imagine, internet experts are already stepping up to call "meh." But I found positive reactions as well. In general, comic readers seem suspect of gaming comics, but seem to have extra faith in the Mass Effect story team. One thing's certain: as a Mass Effect addict myself, I can't wait to get my hands on this comic series!