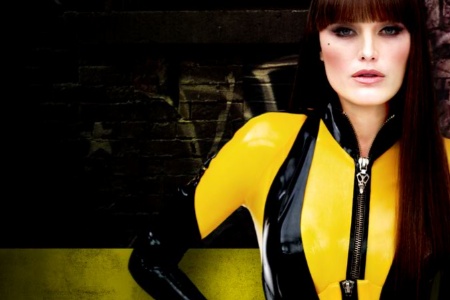 Will You Watch The Watchmen?

Today CNN.com asks, "Will anyone watch the 'Watchmen'?" Answer: Not-so-friendly partners Warner Bros. and Fox hope so. They've got a $100M+ bill to pay, and they're betting your bladder will hold out for 160 minutes. But while I can't imagine everyone wanting to run out and buy their kids Veidt or Rorschach action figures -- or pirate comics -- I also can't picture empty theaters come March 6th.

As GWC listeners already know, Watchmen isn't something that I read regularly for fun. It's a great piece of work, summed up brilliantly by Dr. Manhattan-for-a-new-generation Billy Crudup in today's CNN piece: "'Watchmen' is a kind of thrilling thought experiment. What would people who dress up in costumes to fight crime actually be like? Well, they'd probably be fetishists who lived on the fringe of society. They'd all be a bunch of freaking lunatics."

And that they are. Unlike most superhero stories which embue ordinary people with extraordinary powers in order to help us explore what it means to be valiant and heroic -- and the price one pays for such deeds -- Watchmen plumbs the depths of humanity (and some might say beyond), showing us the nastiness that we all know lies just beneath the surface of government, politics, law, and order. Viewed without the goggles of faith we don for Batman, non-powered superheroes become simply "costumed vigilantes" who do bad things for (sometimes) good reasons. And powered superheroes lose touch with their humanity, becoming the indifferent Gods their power makes them.

I've said many times that I might not see Watchmen if for no other reason than the fact that after reading the graphic novel I was depressed for a number of months. But of course as it approaches, I feel like I'm driving past a grisly car accident. We all want to speed up and pass it by because we know we'll be worse off for seeing what's there.

But we all take a look.

For what it's worth, I think that take on the movie would make Alan Moore happy.

Will Anyone Watch The 'Watchmen'? [CNN.com/EW]

12 Responses to "Will You Watch The Watchmen?"