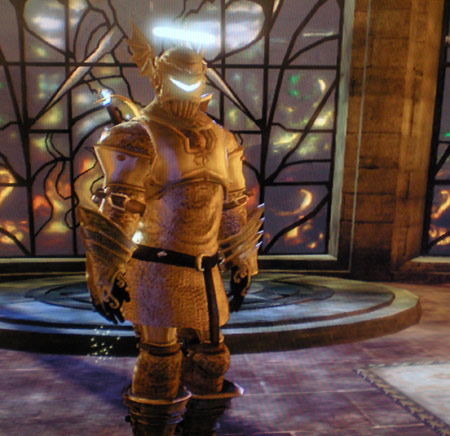 Fable II, after the fateful day in the spire and the defeat of Lucien, is quite entertaining. I really didn’t think it was going to be. After all what can one actually accomplish after saving the world and defeating the most evil man in the land? As it turns out there’s some badass left to the game yet. There’s even one item that makes playing without a dog at your side almost worth it. I’m not kidding.

What to do? What to do? After the climax of Lucien’s fall I had a blast with Fable II. How, you ask? Well, first I made castle Fairfax my bitch -- which takes more than a smile and a deed just in case you’re wondering -- and became not just Albion’s hero but its monarch for starters. Not enough? No problem.

I then journeyed to Knothole Island (the Fable II downloadable expansion pack) to see about a problem they seemed to be having. There were many adventures on the island, but I happened upon a few artifacts after a bit of kicking around -- not to mention a sa-weeet new outfit I managed to piece together while in town.

This is the Axe of Disharmony. It is awesome. For roughly 30 minutes I sang “I’m a cowboy (insert Bill and Ted air guitar motion here) on a six string I riiiiiiddde. I’m wanted - waaaaaanteeeeed- dead or alive…” while slaughtering my foes with it. Cheesy? Yeah, maybe. Unnecessary? I think so. Cool? Oh yes. Yes, it’s cool.

You still want more? Yeah, we got more. Behold this, muthafrakkers: Hal’s Rifle. Doest my eyes deceive me? Is this a head nod to the Master Chief? Hell yeah it is. Bow down and worship the worthiness of the folks at Lionhead. This 23-shot, semi auto assault rifle is the embodiment of sweetness. It’s not the most powerful in the game -- the Blunderbuss class still has that honor -- but come on! Dig the sweet filigree of the barrel, the smell of sweet semi-auto, the fleeting cries of dying hollow men that fill the air. There’s more, too -- a bunch more actually. Hats (or Helms) off to Lionhead for the extra bit of fun they’ve put into this title.

So next time someone asks if there is life after Lucien I can honestly say that yes, yes there is. My character for instance went from Lionheart the Hero to The Queen of Albion, Knight of Knothole and Mistress of the Weather. Also, she's fabulously wealthy.

Now if you’ll excuse me, I’m off to clear a dungeon of undead spirits with Hal’s Rifle.