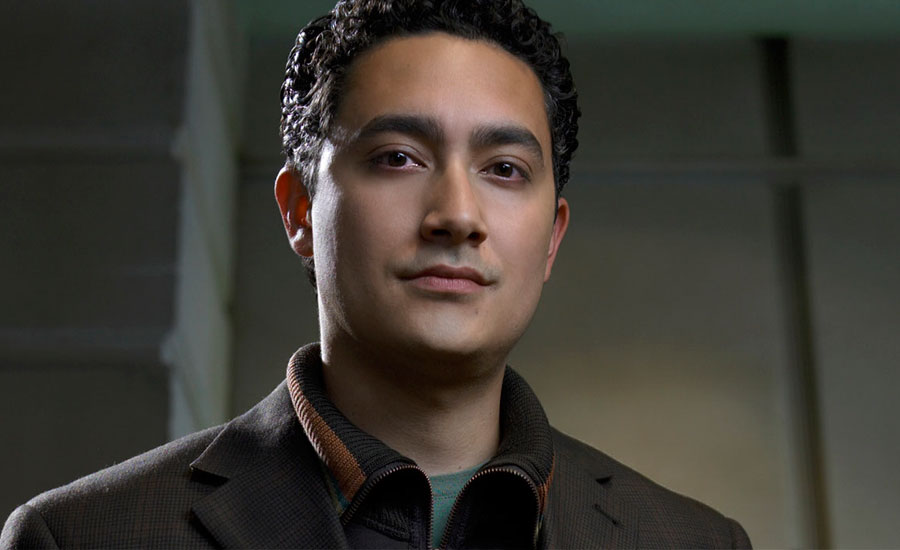 Why I Love Gaeta

Okay, so maybe it’s the sudden spark of love interest(s?) for Gaeta in the webisodes, or maybe that cute tiger tattoo has finally smitten me, but I’ve got to give some love to Felix Gaeta. First of all, the man is downright handsome. Sure, a teeny bit effeminate compared with the hunky Anders or the bulging-abbed Helo, but sexy nonetheless. Alessandro Juliani is of Italian and Chinese descent (sexy), is apparently known for his nice baritone voice in the halls of Montreal choirs (sexy) and, let’s face it, when he grows his hair out, it’s sexy.

Back when Do-Gooder Gaeta cocked up by interfering with election fraud that probably would have saved everyone a whole lot of misery, he wasn’t so attractive. You got this sense he’d rat on the deck hands for distilling booze in the storage closet. But after his heroic efforts on New Craprica, his ballsy defiance of the vigilantes when they tried to airlock him, his frak-off attitude afterward, and, yes, his little bit of scratchy facial hair, he became much hotter. His intentional lying at Baltar’s trial became a minor scratch in an otherwise increasingly cool character.

Now, I stick pretty closely to the webisodes’ official schedule and haven’t seen anything past webisode 5. So if Gaeta ends up being a scary sleeper skinjob or a psycho stump-legged killer, maybe we’ll reassess. But until then, I’m lovin’ this sweet, curly-haired, serenading, hobbling cutie.

Special thanks to cylune9 for the sweet Gaeta pic!

14 Responses to "Why I Love Gaeta"