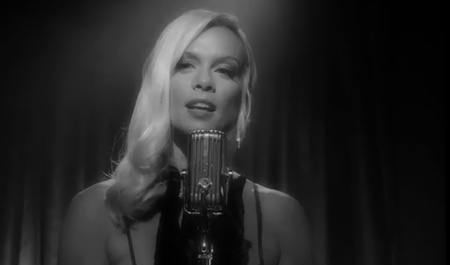 Chase Masterson In Yesterday Was A Lie: San Diego Area Screening This Friday!

Chase Masterson's newest project -- the feature film Yesterday Was A Lie -- is screening this Friday April 25th at the Fallbrook Film Festival. Fallbrook is just a short drive north of San Diego, so all of you lucky GWCers in the area will get a chance to see it. We hear that Masterson may be in attendance as well.

Yesterday is a film noir classic -- with an interesting science fiction/science fact twist involving alternate realities. How often do you hear the line "linear time is a myth" in a detective story?

The film screens at 8:00 p.m. Friday in the Cafe Des Artistes SALON Gallery located at 103 S. Main Fallbrook, Fallbrook, CA 92028. Single-screening tickets appear to be available for $10, though one-day and three-day festival passes are also available if you'd like to see some of the other films in attendance.

Update: I started a meetup thread in the GWC Forum, and we're looking for a GWCer to cover the event.