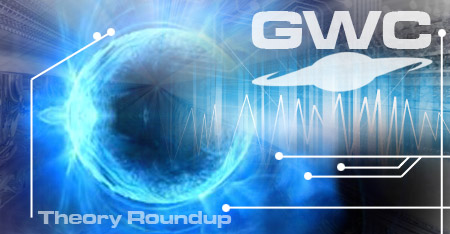 Here's the latest crop of truly awesome BSG theories sent in by GWCers:

Remember, you can send us your latest and greatest theories via our submit a theory form -- and discuss 'em at any time of the day or night on the GWC Forum. Right now there's a first-class thread covering the hybrid's babbling in last week's episode, a poll about Adama as the final Cylon, another poll about the "head" entities, and a tongue-in-cheek discussion of "The Adventures of the USS S***er."