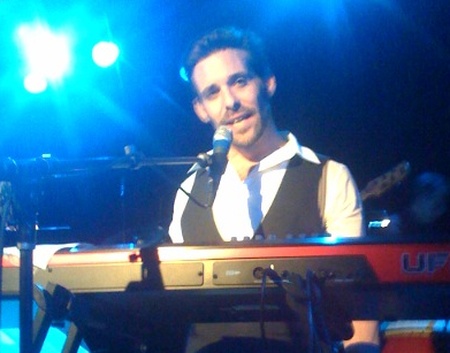 BSG soundtrack creator and Friend of GWC Bear McCreary's live concert this last week carried-over for additional shows -- which still sold-out -- and according to GWCers in attendance totally rocked! McCreary himself performed, of course, along with various instrumentalists, and James Callis -- Gaius Baltar to BSG fans -- emceed. Callis even sang what our listeners described as "a spooky song" to great effect. Look past the jump for additional photos. Special thanks to Stephen Johnson and David Heames for the awesome live-event photos.