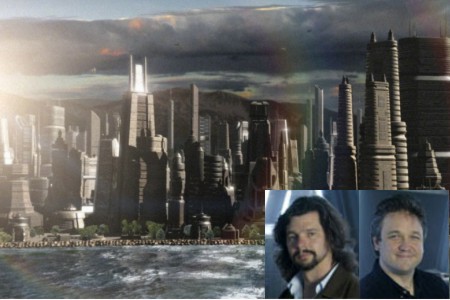 “Caprica” Pilot a Go for SciFi

According to Reuters, Tuesday the SciFi network told advertisers that they've approved a two-hour pilot of the BSG prequel series Caprica. While RDM and David Eick's Caprica hasÂ been in the works for two years and production will begin "this spring," no one's guessing yet at an airdate. I suspect it won't be "immediate."

Either way, I'm stoked about the series, which will take place 50 years before current Galactica events and will purportedly focus on the lives of two familiesÂ -- the Adamas and the Graystones. (Perhaps the Graystones are on Starbuck's dad's side.) Wikipedia claims Caprica will depict life in the peaceful Twelve Colonies and the technological breakthrough in robotics that gives rise to...well, you know the rest.

Another set of webisodes and a BSG video game on SciFi's website are also in the works, according to Reuters. Now we know we'll have more of the Galactica universe to look forward to even after the show wraps up in 2009. So say we all!

7 Responses to "“Caprica” Pilot a Go for SciFi"