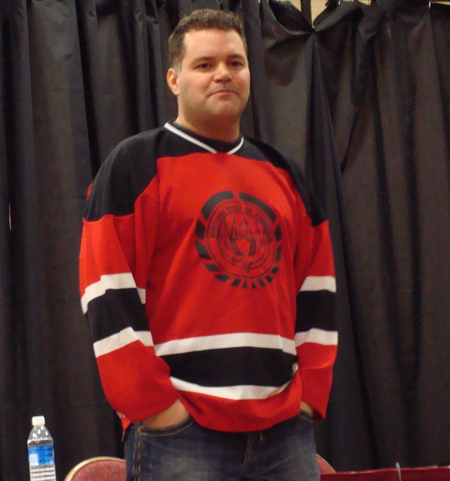 Audra and I were lucky enough to catch Aaron Douglas at the Dallas All-Con event today, and greatly enjoyed his Saturday panel. For those of you who haven't seen Mr. Douglas in person, he's very fan-accessible, affable, and entertaining. Some interesting (and possibly very slightly spoilericious) facts gleaned from his talk:

Douglas says he'll be at the All-Con event through the weekend, so anyone in the Dallas area may want to consider dropping by. The event offers a lot of bang-for-the-buck: one day passes are only $15. Autographs from Douglas are $20, and pictures with him are available by donation (to charity).