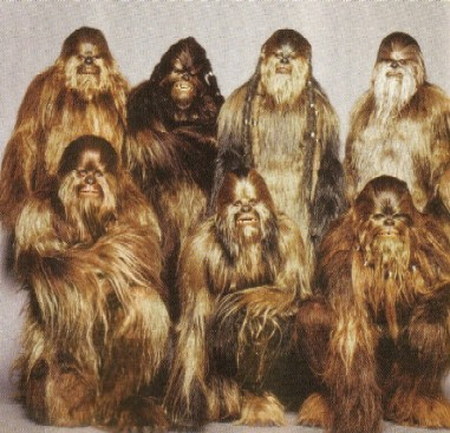 Few sci-fi universes are as complex as Star Wars, whose story takes form in not only six (released in reverse order) films, but also novels, comics, television, DVD, and even games. Sure, Trek and other franchises have found their way into all these mediums. But in most cases, releases beyond TV and movies are non considered part of the story canon, whereas with Star Wars they often are.

There are, of course, exceptions, which only increase the complexity of navigating what happened outside the Star Wars movies.

That's where fan wiki's come into play. Let's face it: fan wikis are any newbie's first stop when jumping into a complex story 'verse. As of yesterday, one of my favorite Star Wars wikis, Wookieepedia, flipped over a milestone, serving fans for three years. Congrats, folks! Here's to many more years of patching together the ever-larger (and ever-stranger) Star Wars story -- and to keeping me in the know as I check out more and more of it.

And don't forget the Battlestar wiki, to which a number of active GWCers contribute. In fact, if you have a moment, let me know in comments what other fan wikis you commonly visit. For example, I could really use a good X-Men wiki. Ideas?

PS: Thanks to blog Cryptomundo for the awesome wookiee photo. Check out their post on the history of Wookiees which -- among lots of other interesting facts -- explains the correct way to spell the name of Kasyyyk-dwellers.

2 Responses to "Wookieepedia Turns Three, Has Best Wiki Name Ever"