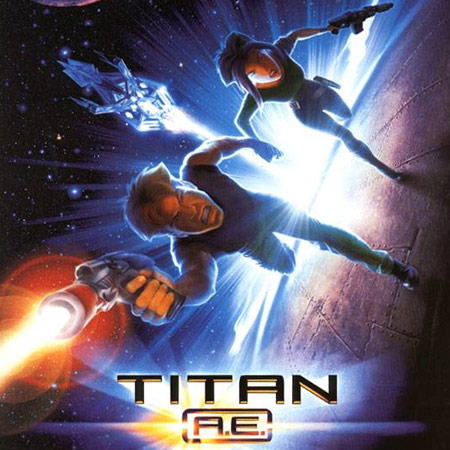 Why Titan A.E. Doesn’t Suck — And You Shouldn’t, Either

Recently I found myself defending Titan A.E. to someone in casual conversation. Why? It seems many are stuck with the notion that this movie single-handedly killed traditional (i.e. cell-type) animation. Yeah, the movie didn't gross a ton compared to its truly massive cost, and that probably didn't help the already-beleaguered Fox Animation studios. But A.E. was neither an embarrassment nor a badly-made film.

Titan didn't kill cell animation, it advanced beyond it, laying a path which many films have since tread. Titan A.E. was released at the epoch marking the end of traditional animation methods and the arrival of the new studio computer-animated giants. Because of that timing, Titan brought a unique feel -- a great blend of cell animation and computer graphics. The overall effect was odd at the time, which made for strong love it/hate it reactions among movie goers. Sadly, many were not fans.

The story wasn't as original as it could've been, either, but it certainly entertained. I loved Titan's characters, and the dialog was catchy -- especially the guard scene with Preed: "An intelligent guard, I never would have seen that coming." A look at A.E.'s voice talent shows that Fox didn't skimp in that department, either. Of course, that also accounted for a good chunk of the film's expense.

Titan had all the makings of a great movie: character, talent, art, and screenplay. So what went wrong? In short: not a damn thing. It was a fun movie with great art that you can watch with the kids -- or appreciate on your own.

Titan A.E. was a victim of its own style. It was different. It was hard to categorize, and it didn't fit easily into an obvious niche.

Still, I love this movie. I've loved it since the first time I saw it -- and still do. Before you write something off because it looks strange -- and especially before you assume the "bash" position -- try to look a little further. Make your open mind the niche the art seeks. You might be surprised at what you find -- like yourself enjoying the experience a lot more than you thought you would.

5 Responses to "Why Titan A.E. Doesn’t Suck — And You Shouldn’t, Either"