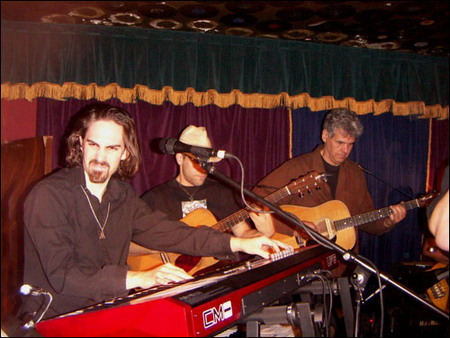 As he promised when he joined GWC back in April 2007 (podcast #41), Galactica composer and friend-of-GWC Bear McCreary has set a date for a live performance of BSG music in LA: April 13, 2008 at the Roxy nightclub. Tickets are available via Ticketmaster. From Bear's blog:

"This year's show will eclipse the 2006 event in every way. We'll have a larger band, playing music from all four seasons of Battlestar Galactica, more taikos, more strings, and more soloists in the group. We're also producing an all-new video presentation/documentary which will premiere at the concert."

He also mentions that he'll be joined by "some very special guests," which others have interpreted to mean that BSG cast will emcee the show.