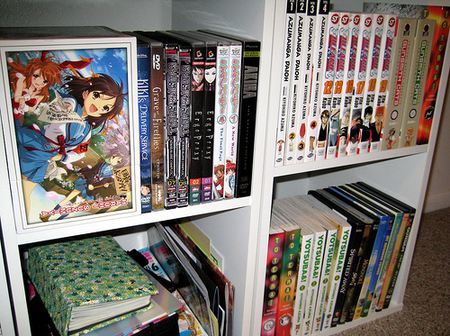 Manga: It’s Not Just For Kids

Danielle Leigh has written two interesting columns for Comics Should Be Good outlining her take on the state of manga in America, suggesting that the import simply won't survive without expanding to include more adult subject matter that doesn't include pornography. She makes a couple of very valid points -- there's manga targeting virtually every age group in every manner available for import, and though many fans may disagree, comics and manga need not be mutually exclusive -- but she definitely steps on a few toes in the process.

Regardless of how you feel about manga, this is a really interesting read. And if you're not familiar with manga, her columns (along with the comments they draw) might help explain the genre a bit.

Of course, our friends over at Wired put together a kick-ass introduction to manga which served as the cover story of issue 15.11. Anyone interested in jumping into this great art form should grab a back issue, or at least check out the sweet manga they created that explains the art -- with art. It's a downloadable PDF, and it's free.

(Thanks, bluemodern, for the great CC-licensed photo.)

3 Responses to "Manga: It’s Not Just For Kids"